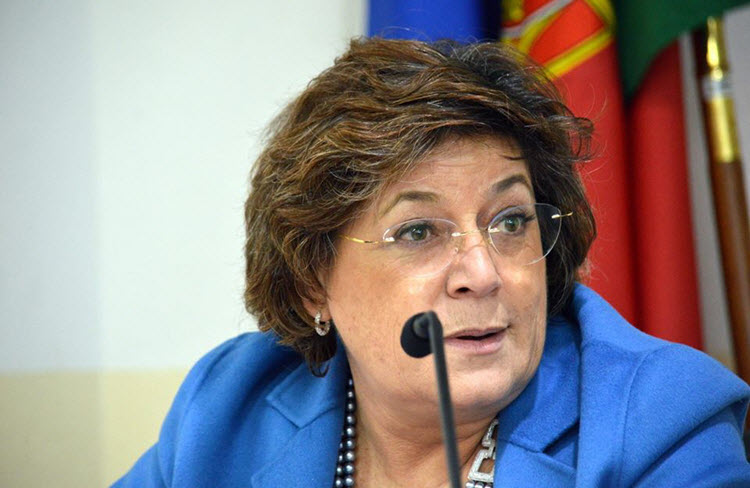 On twitter and social media, Ms. Gomes has been displaying photos of her Tehran visit — raising questions about how she was allowed to spend so much time with the “terror victims,” while her colleagues in the same European delegation were denied contact with lawyers and relatives of political prisoners.

In fact, MEP Lars Adaktusson told Swedish radio that during his pre-arranged meeting with the lawyer and mother of Swedish-Iranian doctor Ahmadreza Jalali, who is currently on death row, at their hotel in Tehran, “We were just beginning our conversation when two people from the regime’s security officials intervened and stopped the meeting.” Adaktusson added that the lawyer was forced to leave the hotel.

Ms Gomes accused other members of the European Parliament of “naiveté” for supporting the Iranian opposition. Yet, her claims are shocking because European and American courts rejected the terrorist designation of the Iranian opposition several years ago. The designation had originally been imposed by then US president Bill Clinton at the behest of Tehran; it was later removed by his wife, former Secretary of State, Hillary Clinton.

The only state that currently calls MEK as terrorist is the Iranian government. Leaders of the regime have blamed the recent nationwide uprisings in Iran on the MEK, and called for the execution of those arrested as protest leaders.

Habilian Association, said to be an affiliate of Iran’s Ministry of Intelligence and Security (MOIS), published a report about the visit of European lawmakers. Habilian, said that its Secretary General, Mohammad Javad Hasheminejad, was the only non-parliamentarian speaker at a joint meeting between the visiting members of the European Parliament and Iranian MPs on February 14th, 2018.

Hasheminejad criticized the visits of Iranian opposition leader Maryam Rajavi to the European Parliament. He held a separate meeting with Ana Gomes in which he “praised her brave stance against the MEK,” adding that “she welcomed Habilian’s proposals for more collaboration in future.”

However, many European European intelligence agencies are concerned about Iran’s focus on the MEK. For example, in its latest annual report, Germany’s domestic intelligence service, the Office for the Protection of the Constitution or ‘BfV’ stated that, “The main focus of MOIS is in particular on the People’s Mojahedin Organization of Iran (MEK) and its political umbrella, the National Council of Resistance of Iran (NCRI).”