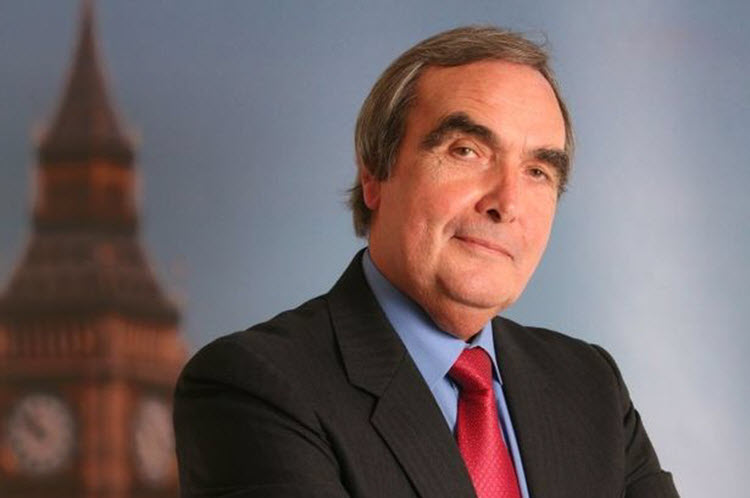 London, 6 Jan – January 5, 2018. Roger Godsiff MP calls on the government to sanction the IRGC because the “hard-line paramilitary force” is not a legitimate security force of the Iranian nation. His article titled: “Roger Godsiff MP: Change UK’s Iran Policy and stpp feeding the mouth that bites us.” The article is as follows:

In late October, I sponsored a motion in the British Parliament, along with colleagues from other political parties, urging the government to recognize the Iranian Revolutionary Guard Corps (IRGC) as a terrorist organization and to designate it as such. The motion also called for appropriate punitive measures, including comprehensive economic sanctions, and for the pursuit of a strategy aimed at expelling IRGC operatives and counter destructive Iranian influence in other areas of the Middle East, chiefly Syria and Iraq.

I am proud to report that the cross-party sponsorship of the bill quickly translated into more general cross-party support, with 150 members of parliament signing their names to the motion. This was a hopeful sign of the willingness of British and other Western legislators to acknowledge the severity of the Iranian threat to regional stability, and to move toward addressing that threat. But the growth of that will is still proceeding at too slow a pace.

The demand for punitive measures against the worst Iranian actors should extend very far beyond 150 MPs. After all, the Islamic Republic of Iran represents more than a threat to a stable future for an already volatile region of the globe; it represents a threat to the foundational principles of modern, democratic society. As such, there should be comprehensive pressure, on a global scale, for more assertive policies with regard to the Iranian theocracy.

The resulting policies should be comprehensive, not narrowed only on the regime’s pursuit of nuclear weapons but also its overall tendency for regional instability and its systematic human rights abuses within its own boarder. In recent years, Western leaders as a whole have been obsessing only over the first of these issues, and that has been to the detriment of Western interests, the security of regional allies, and most of all, the Iranian people.

My parliamentary colleagues and I urge the government to sanction the IRGC because that hard-line paramilitary force is not a legitimate security force of the Iranian nation, but rather a direct arm of the Supreme Leader, which sponsors foreign terrorism and prosecutes domestic crackdowns in the interest of safeguarding the theocracy and empowering the system of Absolute Clerical Rule.

The IRGC is anathema to democratic governance and the rule of law. It is perhaps the greatest obstacle to the change that the overwhelming majority of the Iranian populace has been demanding for the better part of four decades. To be sure, the paramilitary organization has been heavily involved in the militarization of Iran’s nuclear capabilities, and it is worthy of sanctions for that reason alone. But this is arguably the least immediate threat the IRGC poses, and its constraint on that front alone is arguably the least effective means of limiting its destructive influence.

A shocking number of Western policymakers and business leaders have been pushing to use the 2015 nuclear agreement as an excuse to open new trade relations with the Islamic Republic, without constraint or precondition. But, the blind pursuit of such initiatives risks making the UK and its allies inadvertently complicit in the terrorist financing carried out by the IRGC. The leading Iranian opposition movement, the National Council of Resistance of Iran (NCRI) has prepared a number of reports over the years detailing the growth of the IRGC’s financial empire and concluding that the paramilitary force effectively controls well over half of the Iranian gross domestic product.

If we do business with the Islamic Republic under these conditions and without first imposing comprehensive sanctions on the IRGC, we are all but certain to feed the mouth that bites us. And even as they are nipping at Western hands, the Iranian leadership continues to devour the Iranian people. Since President Hassan Rouhani took office in Tehran in 2013, well over 3,000 people have been executed, including political prisoners and juvenile offenders. The IRGC, meanwhile, has been spearheading a renewed crackdown on dissent, targeting journalists, activists, and social progressives for arrest, prosecution, probable torture, and long, arbitrary prison sentences.

By keeping its Iran policy too narrowly focused on the nuclear agreement, the British government is effectively turning its back on all of these people. This fact is disturbing enough on account of the betrayal of core Western values; but it is made worse by the fact that it also robs us of potentially very important allies in the Middle East and throughout the world.

The National Council of Resistance (NCRI) and its main constituent group the People’s Mojahedin Organization of Iran (PMOI) are prominent organizational bodies for the Iranian dissident population and its countless affiliates among the Iranian diaspora. These are people who stand ready to throw off the shackles of oppression and establish the democracy that is described in their foundational documents. And they may well be able to do so as soon as Western pressure weakens the IRGC and evicts the regime from surrounding territories, thus forcing it to face the legitimate demands of its own people.

Presently, Tehran’s terrorism against the PMOI is relentless and knows no borders. But this hysterical reaction to pro-democratic dissent is a sure sign that the clerical regime sees itself as facing an existential threat. How much more dire would that threat be if the British government and the international community made clear that they support the Iranian people’s desire for freedom and are prepared to back it up, even at the expense of trade deals with the de-sanctioned Iranian regime?

Reuters: Chinese banks have cut back business with Iranian...