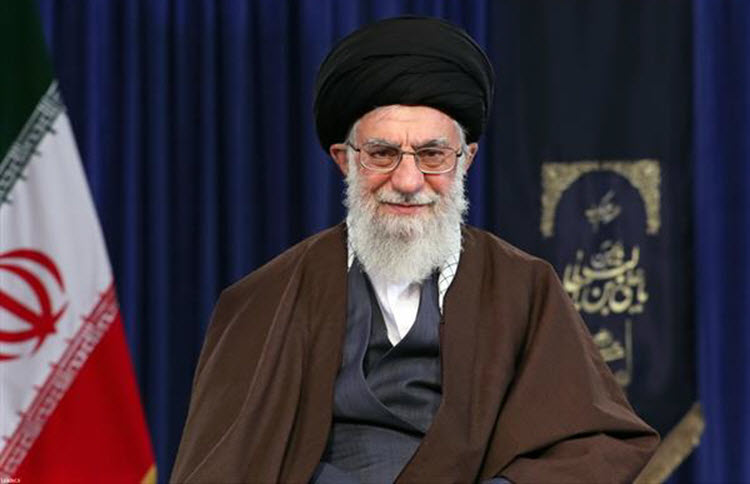 London, 24 Mar – The Supreme Leader of Iran Ali Khamenei addressed the nation earlier this week on the occasion of the Persian New Year.

During his televised address to the country, he called on the people to buy locally rather than import goods from abroad.

However, a mockery was made of his speech when it became clear that Iran’s officials do not follow this advice. Even the Supreme Leader himself does not buy locally.

Photos circulated on social media of the Supreme Leader getting out of a BMW vehicle. They compared this photo to one of the former Prime Minister Amir-Abbas Hoveyda driving an Iranian-made Paykan car during the sixties.

Former speaker of the Iranian Parliament, Gholam-Ali Haddad-Adel, was also ridiculed on social media for buying clothes from a British high street shop. His daughter is married to Mojtaba – the son of Supreme Leader Khamenei. Ironically Iran criticises the West, including Great Britain, for its loose morals and many people in Iran have been punished for wearing Western clothing.

Many people used the occasion to make Iranian brands of popular products known. They shared details about numerous different products including drinks, condiments and household appliances.

The quantity of goods imported from abroad is worsening the state of the Iranian economy. Local producers are being shunned and forced to shut their businesses and the government is doing nothing to help them.

This is one of the reasons that the people took to the streets in protest at the end of December. The people of Iran are getting poorer and poorer while the government officials are getting richer and richer.

Corruption in the state is so widespread that it is impossible to get it under control.

Another reason for the recent protests is Iran’s interference in the affairs of other nations. It in involved in conflicts the whole way across the Middle East is the biggest threat to peace and security.

The Director for Policy Planning at the US State Department, Brian Hook, said that it is “impossible” to argue that Iran is behaving “constructively or with greater moderation in the last two years”.

He said: “In fact, quite the reverse. They are aggressively destabilising the Middle East and present a range of threats to peace and security.”

At the recent quarterly Joint Commission of the Joint Comprehensive Plan of Action (JCPOA) meeting, Hook asked for the American citizens that have been unfairly detained in Iran to be released.

The Joint Commission is the body that overlooks the nuclear deal that was agreed in 2015. It meets to ensure that Iran is meeting its obligations and to address any concerns other member states may have.

Hook said that Iran had brought up its problem with civil aviation licences not being issued. However, Hook said that it was made very clear that the US is ensuring Iran is held accountable for its actions. He said: “And what I said to them was: You use your commercial airlines to move terrorists and weapons around the Middle East, including to Syria, and we will not issue licenses at the expense of our national security. And so I encouraged them to make the kind of reforms to their civil aviation and to their economy that would then put us in a better position. But we are not going to be issuing licenses at the expense of our national security or at the expense of our allies.”

Daily Telegraph: AS the Pacific Islands Forum moves to...