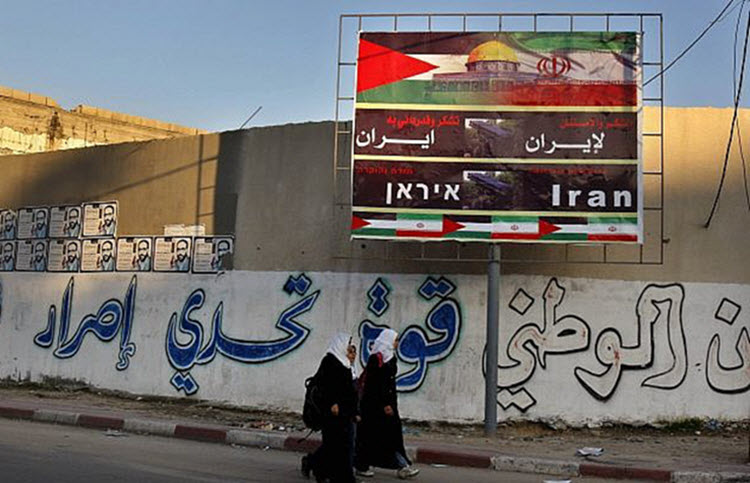 London, 24 Mar – Hamas has increased its relationship with Iran and its puppet militia Hezbollah, whilst also consulting with Russia and China, in an attempt to destroy Donald Trump’s plans for peace in the Middle East, according to Palestinian sources in the Gaza Strip.

On Thursday, one source told the London-based Al Hayat newspaper: “Hamas is working to forge a Palestinian-Arab-Islamic alliance that would be able to confront Trump’s plan. Discussions with Iran and Hezbollah on this matter have gone a long way.”

Apparently, Hamas, Iran, and Hezbollah, believe that Trump’s plan will be “dangerous”, but it is likely that what they mean is dangerous for Iran and its many terrorist proxies.

At the moment, we don’t know what the three would do in response to the US peace proposal, which is also as yet unknown, but Hamas has been moving closer to Iran and Hezbollah for a while now, since it failed to make amends with Palestinian Authority President Mahmoud Abbas’s ruling Fatah faction.

Abbas is also said to be opposed to the US plan, but he is likely more opposed to Iran. In the past, Abbas’s Palestinian Authority has of interfering in the domestic affairs of Palestine by supporting Hamas.

Iran helped Hamas, when most were turning their backs on this group after it violently seized control of the Gaza Strip in 2007, meaning that Hamas is now in Iran’s debt. This help was both financial and military.

Moussa Abu Marzouk, a senior Hamas official, said last week that the group’s relationship with Iran was “excellent” and that no one could blame Hamas for working with them.

It is believed that the relationship between Hamas and Iran is approaching the level that it was at prior to the eruption of the Syrian Civil War, in which Iran helped dictator Bashar Assad, something that Hamas disapproved of.

Over the past few months, leaders of Hamas, Iran, and Hezbollah, have been holding meetings to restore these relations.