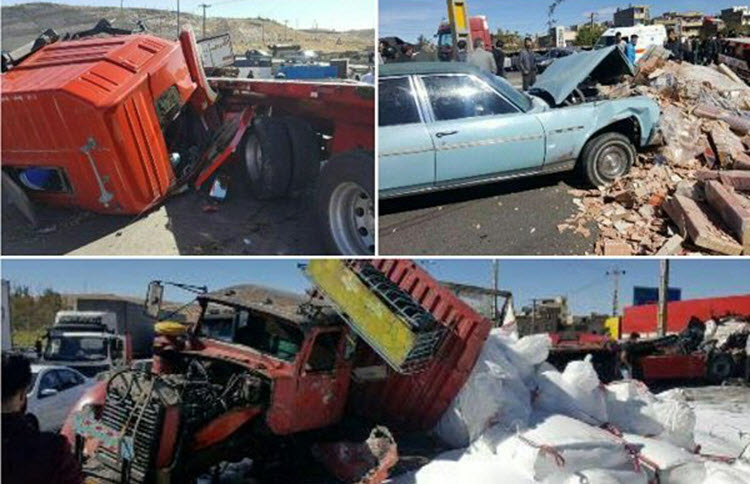 London, 27 Mar – Over 200 people in Iran have been killed in traffic accidents over the course of the Persian New Year; with 76 deaths reported in the three days of the year and 126 in the days leading up to it.

On March 22 alone, 16 people died and a huge 467 people were injured in car accidents, according to highway patrol deputy chief Mousa Amiri.

This is horrific, especially during a holiday, but traffic accidents in Iran are incredibly common and these spike during the two-week Nowruz holiday, which ends on April 2nd.

How common are car accidents in Iran?

Statistics about traffic accident mortality in Iran vary depending on who you ask, but they’re almost double the world average according to the World Health Organisation (WHO).

In 2013, the WHO found that fatalities for traffic accidents in Iran are 32 per 100,000 inhabitants, compared with 17 per 100,000 across the world. This means that Iran’s road accidents have almost the highest accident death rate in the world.

The Roads and Transportation Ministry estimate that every year 25,000 are killed in traffic accidents, while 250,000 are injured. That equates to three people per hour. The top cause of death in car accidents is overturned cars, which make up about 40% of all traffic accidents.

In a 2014 WHO report, however, this total reached over 32,000 per year, which was more than their 2013 estimate and more than the Iranian Regime’s estimate. WHO researchers wrote that traffic accidents were responsible for almost 10% of total deaths in Iran.

Over the past two decades, its estimated that over half a million people have died in traffic accidents.

Why are there so many traffic accidents in Iran?

The Iranian Regime’s corruption and general disregard for the lives of their people are responsible –at least in part – for the majority of the traffic accidents in Iran.

Iran’s roads are substandard because the taxes that should pay for them are being syphoned off into the pockets of Regime members or into the War Chest. This means that many roads are cracked, have potholes, and are likely to cause accidents.

The Iranian Regime also fails to ensure that those driving have been properly taught to drive and obey the traffic laws, but there are not enough police officers around to enforce the traffic laws anyway – they’re too busy beating a woman who removes her hijab in public.

The Iranian people are also forced to make do with older cars, which are much less safe than those produced today, because of decades of sanctions on the Regime for its malign behaviour.

No one can say that the traffic accident death rate would still be as high if Iran had usable roads, properly instructed drivers, adequate traffic cops, and modern cars.

Reuters: Iran has stepped up executions of prisoners including...