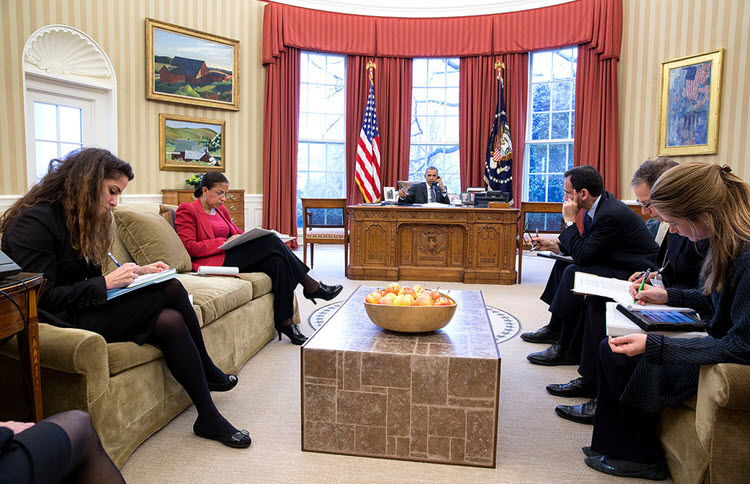 London, 28 Mar – The Iran Lobby in the US has injected itself into the inner workings of the White House for no good reason by denouncing the internal transfer of a State Department staffer.

Sahar Nowrouzzadeh, who was key to the passage of the much-lambasted Iran nuclear deal of 2015, has been reassigned within the State Department by the Trump administration after questions arose about her loyalty in April 2017.

Now, this is nothing unusual. Internal transfers happen all the time in large government organisations, especially under a new administration, but the National Iranian American Council still felt the need to write a letter to White House Chief of Staff John Kelly and acting Secretary of State John Sullivan, following the publication of a Politico story that mentioned emails between administration officials about Nowrouzzadeh’s loyalty.

Presumably, the NIAC was also horrified when Obama transferred Bush appointees or Bush removed Clinton appointees or so on. Oh, they weren’t? Then why are they concerned now?

Yes, as revealed by Iran Lobby, Nowrouzzadeh used to work at the NIAC before she was appointed as a director for Iran in Obama’s National Security Council, a role missing from her bio and the NIAC’s public records.

This clearly shows a conflict of interest, which is presumably why she and the NIAC have gone through great lengths to hide their relationship, and it’s a good thing that her power was diminished last April.

After all, the NIAC have suffered several setbacks at the hands of the administration in recent weeks, from Donald Trump’s recent appointments of Iran hawks Mike Pompeo as Secretary of State and former UN ambassador John Bolton as the new National Security Advisor, to its fight to deny that the Iranian protests are democratic and widely supported by the people.

And more is coming. Nowrouzzadeh’s reassignment is only the tip of the iceberg as if Trump really wants to tackle the Iranian Regime for its support of terrorism and human rights abuses, he will have to reassign or fire many more people.

Inspectors kept out of key site ahead of deadline