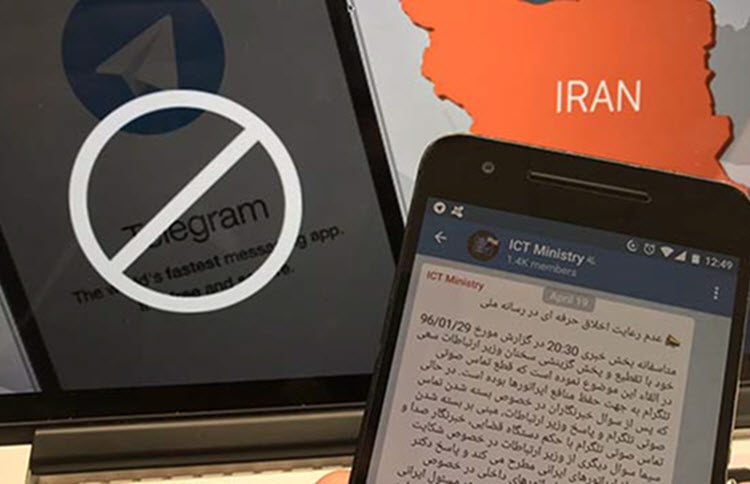 London, 05 Apr – Officials in Iran are trying to ban the popular messaging application “Telegram”. It is a widely used chat application that has more than 20 million users in the country.

It was reported that the secretary of the Iranian High Council of Cyberspace (HCC) Hassan Firouzabadi has given his support for a full ban of the application. He said that the application’s recent Initial Coin Offering (ICO) has the potential to endanger the Iranian national currency.

The Iranian authorities are saying that they are concerned about national security following the use of the app in the protests that started at the end of last year. They are also saying that they would like local apps to be favoured.

The HCC is an Iranian policymaking body. The members of the council are handpicked by the Supreme Leader of Iran, Ayatollah Ali Khamenei, and the secretary is chosen by the president. Firouzabadi, the secretary, has said that the potential of cryptocurrency is one of the reasons for his approval of the ban.

He also said that the application is the “enemy of the private sector” where it refused to work. Firouzabadi added that Telegram refused to open an office in the country.

Firouzabadi said: “Telegram is not a dominant messenger in any country except for Iran. Telegram has officially announced that it will be used as an economic platform, and Telegram will undermine the national currency of Iran. We predict that this [virtual] money’s lifetime is 10 years, and during this period, approximately $50 billion will be withdrawn from the country. But if the price of [this virtual money] declines overnight, people will protest [and ask] why there wasn’t any monitoring of it.”

The Central Bank of Iran announced in February that it was investigating the effects of cryptocurrency and was working to ensure that it does not come into use because of outside influences.

President Hassan Rouhani, on the other hand, said that he supports the development of local apps and said that banning other apps, including Telegram, is not a solution. He said: “Having strong, secure and cheaply priced Iranian messaging applications that can solve people’s needs and problems will surely make everyone proud. The goal of creating and enhancing Iranian software and messaging apps should not be blocking access [to other apps], but [the goal] should be the elimination of monopolies.”

The reality is that Telegram poses a major threat to the Iranian regime. During the recent protests and anti-government demonstrations, many people used Telegram to organise gatherings.

Censorship is nothing new in Iran and the regime clearly wants to further suppress the people by spying on them – something it cannot do with Telegram. The people are suppressed in almost every area of life in Iran from what the people wear to how they socialise.

However, the people remain defiant against such measures and they risk arrest, imprisonment and even the death penalty to speak out against the human rights violations that they routinely deal with.