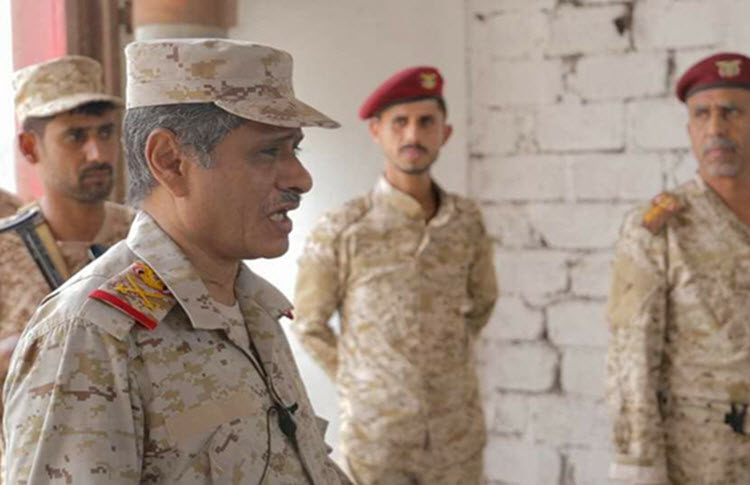 London, 05 Apr – The Governor of Hadramout in Yemen has denied allegations of secret prisons in his province and said that Iran and Qatar are making these claims for political reasons.

Major General Faraj Salmeen al-Bahsani said that human rights groups who visited the region had seen the prisons and commended the government on the conditions inside, which means that the prisons can’t be secret.

While on an official visit to Riyadh, Saudi Arabia, he told Asharq Al-Awsat: “Iran and Qatar are promoting these allegations. We have very advanced facilities … and the groups hailed the services they offer.”

Hadramout is currently suffering greatly after an al-Qaeda group took over the region’s capital Mukalla in 2014. Although, the group was soon dispelled by the Saudi-backed Arab Coalition, it has still left scars on the region.

The terror cell, which is linked to Iran, was taking advantage of the chaos caused by another Iran-backed terror group, the Houthis, who took over the Yemeni capital of Sana’an in 2014 and forced the legitimate government to flee.

In fact, the coastal Hadramout region is still besieged by people who want to join the Iran-backed Houthi militias and Bahsani is appealing for international help to stop this. This is not only a good thing for Hadramout, but also for the rest of the world, who want to limit the power of terrorists.

Bahsani also reports that Hadramout sees a lot of illegal smuggling activity, particularly from Iran who are seeking to supply the Houthi militias with additional weapons and cash.

Some of these weapons may include the dozens of Iranian-made ballistic weapons that the Houthis have been firing at Saudi Arabia since the start of the Yemeni Civil War in 2014.

Iran has denied supplying these weapons, in violation of two UN resolutions, but the Arab Coalition notes that the Houthis have no method of manufacturing them and few allies who could/would supply them.

Independent UN experts also verified that missiles fired by the Houthis at Saudi Arabia in 2017 were indeed made by Iran. It is also likely that Iran instructed the Houthis to use them against the Saudis, whom Iran is fighting on three different fronts in the Middle East.

All in all, it makes sense that Iran would be seeking to discredit any legitimate government in Yemen with bizarre talk of secret prisons. Anything to get the attention away from Iran’s wrongdoing.