No Information Available Regarding Iranian-Arab Detainees in Khuzestan 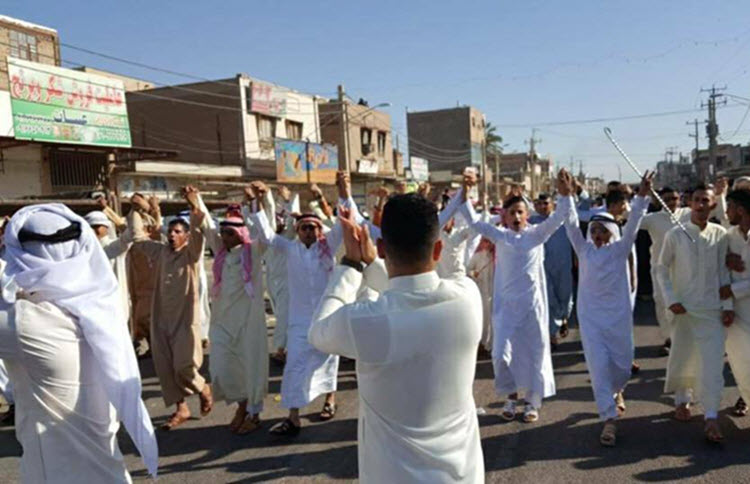 No official figures regarding the dozens of people who were detained have been released, however, one unverified estimate puts the number as high as 400. Relatives of the detainees said judiciary officials have not responded to their inquiries about where their loved ones are being held, or the charges that they face.

Khuzestan resident Ramazan Nasseri said that six members of his family were detained during the protest rallies. “My cousins, Aziz, Assad, Sa’eid, Mohammad, Nasser, and Farez Nasseri, along with twenty people living in our neighborhood, are among those who were detained, but nobody knows what they are being charged with or where they are being kept.”

Khuzestan is home to many members of Iran’s Arab minority, who were outraged after a state-run TV show was aired that neglected to represent traditional Iranian Arab dress.

However, their demand was ignored, and protesters gathered to call for minority rights, including the right for their children to be taught in the Arabic language. The protests soon grew into demonstrations against unemployment and poor water management.

In an interview, Nasseri claimed that most of the detainees were arrested by police forces, but were later delivered to the intelligence unit of Islamic Revolutionary Guards Corps (IRGC). Another resident, Walid Mahawi, said in an interview, “A day after the demonstrations broke out, two of my family members and friends, Khalid Mahawi and Mahmoud Bait Sayyah, were detained and taken to an unknown place.” He added, “Their families have visited the prisons and detention centers in Shayban and Sepidar to track them down, but with no success. Khadija and Aysha Neissi are two more of the detainees whose whereabouts are unknown.” According to Mahawi, all of the protesters were arrested in the Central Market by the agents of President Rouhani’s Ministry of Intelligence.

Karim Dahimi, a London-based Iranian Arab rights activist, alleged that 400 hundred Arab residents of Khuzestan were arrested during and after the protests, but this statement has not been verified. “Sadly, from the time the protests flared up, the number of detainees has significantly increased,” Dahimi said. “Most of the detainees are kept in an unpleasant condition in the city of Ahvaz in the Central Prison, while their families are unaware of their charges.” The detainees in Sepidar and Shayban prisons have been able to contact their families, says Dahimi.

Reports of the detention of writers and human rights activists across the Khuzestan province have recently been received.

Abbas Ka’bi Nasab, Khuzestan’s representative to the Assembly of Experts, called on state-run TV to formally apologize for ignoring Iranian-Arabs’ sensitivities. State-run TV has not yet responded to the request. Mohammad Zarean,the show’s producer, said in an online interview on March 28th, that any insult to the Iraniab-Arab community was unintentional.