Amnesty International: Iran Is Committing More Than Half of the Executions World-Wide 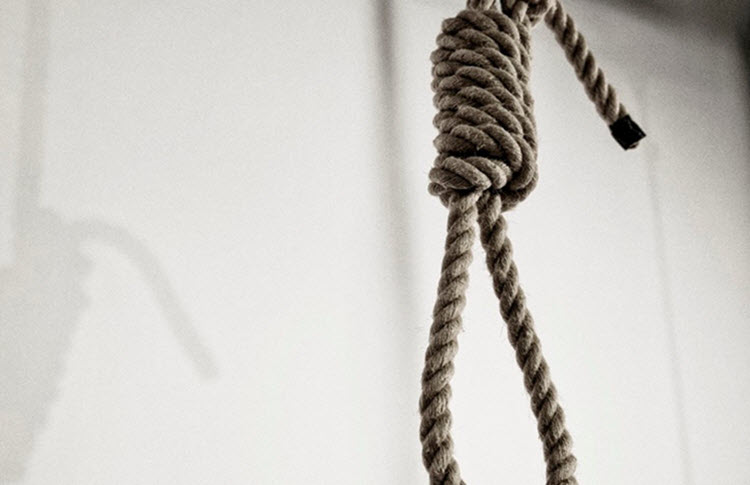 London, 14 Apr – Iran is one of the 23 countries that have not yet abolished the death penalty, and according to an April 12th report released by Amnesty International, “more than half (51%) of all recorded executions in 2017 were carried out in Iran.”

Ranking second behind China in terms of executions around the world, Iran has “carried out 84% of the global total number of executions along with Saudi Arabia, Iraq, and Pakistan.”

Amnesty International also observed that compared to 2016 there has been “a slight decrease (5%) in execution figures” in Iran, but added that last year, “Iran executed at least 507 people, accounting for 60% of all confirmed executions in the region.”

Of those 507 individuals, “501 were men and six were women. At least five juvenile offenders were executed, and 31 executions were carried out publicly. The executions were carried out for murder (240); drug trafficking (205); murder and rape 4; robbery 11; “spreading corruption on earth” 2; rape (male on female rape) 16; kidnapping and murder 3; moharebeh (politically motivated) (2); and 19 were for offenses that could not be confirmed,” Amnesty International reported.

Reports received by AI indicated that in Iran at least five people were executed for crimes committed when they were under 18 years old. Some who were younger than 18 at the time of their crime were also sentenced to death, a violation of international law.

AI’s report noted, “For the first time in many years Amnesty International recorded more executions for murder than for drug-related offenses. The organization believed that hundreds of death sentences were imposed during the year; however, it was unable to confirm any credible figure.” That there was a decrease in the number of executions for drug-related offenses was chalked up to the fact that, “in November, Iran amended the Anti-Narcotics Law, raising the level of drug possession needed to trigger the imposition of a mandatory death sentence, with potential retroactive effect.”

Still, AI observed, “The widespread use of the death penalty remains a grave concern; Iran has continued to use the death penalty for conduct that does not “amount to a recognizably criminal offense.” Vague charges like ‘enmity against god’, ‘spreading corruption on earth’ and ‘insulting the Prophet’ remain punishable offenses.

Research for the report revealed that basic fair trial guarantees were absent in many death penalty cases. Courts often relied on ‘confessions’ extracted under torture to impose death sentences, according to Amnesty International. The use of torture is prohibited under the UN Convention against Torture. “In Iran and Iraq some of these ‘confessions’ were broadcast on television before the trial took place, further violating the defendant’s right to be presumed innocent until proven guilty,” the report stated.

Amnesty International believes that hundreds of other death sentences may have been imposed in Iran, but were unable to confirm figures.

While execution figures in China are likely the highest in the world, no figures are publicly announced, as such figures are regarded as ‘state secrets’ by China.

Amnesty International’s Iran researcher, Raha Bahraini, said that “Iran lags behind the global progress in the move to abolish death penalty.” Bahraini added that Iran has executed far more people than its neighbors — Saudi Arabia, Pakistan and Iraq — during the past year. “These four countries and China comprise an isolated minority in the community of nations that still violate people’s right to live,” he said.

Mahmoud Amiri Moghaddam, who heads the Iran Human Rights Organization in Norway, said in an interview that some “70 to 80% of executions in Iran are not reported.”

Iran Responds to Latest Sanctions From US by Imposing Sanctions Back