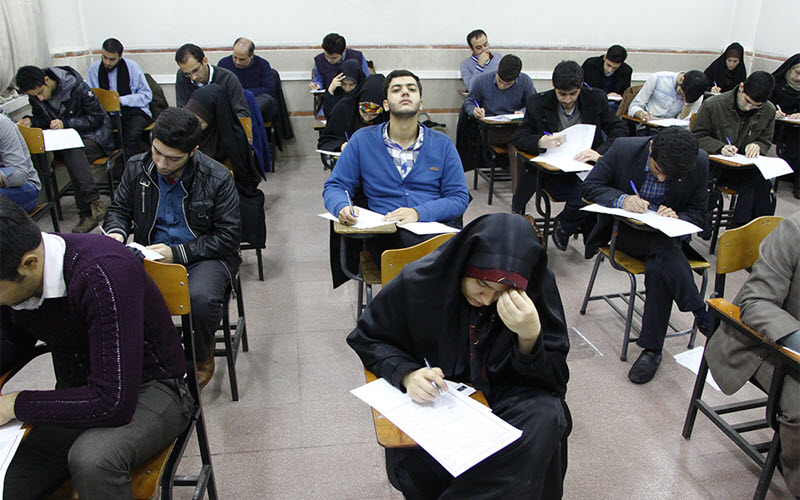 London, 26 Apr – The economic situation in Iran is in a dire state and more than a third of those that are not in employment in the country are university graduates. According to the government’s Planning and Management Organization (PMO), a staggering 42 per cent of the unemployed have a university degree.

The extremely high unemployment rate is demoralising for students and graduates who have spent a lot of time and money on their studies, leading to many leaving the country in search of employment elsewhere.

Officials in Iran have said that the problem is serious and needs to be addressed urgently so that Iranian talent remains in the country.

Education in Iran is expensive and lengthy and women, in particular, are affected by the employment situation.

Experts point to several causes for this, with one of them being because investment in human resources is insufficient. There is not enough economic efficiency to help the economy grow and this leaves many with the decision to move abroad for employment.

Iran’s Statistical Center (SCI) claims that in the past year there has been a 12.1 per cent unemployment rate. In the 15 to 29-year old age bracket, the unemployment rate was just over a quarter.

It must also be noted that statistics provided by Iran are often erroneous, with results under or over-exaggerated so to disguise the full gravity of the situation. One can only presume the actual figures are much higher.

Educated Iranians that are leaving the country for employment are not just leaving for economic reasons. They are also leaving behind the suppression and mistreatment that the people have been subjected to for years. At the end of last year, the people of Iran took to the streets to protest the dire economic situation, but the protests quickly turned into anti-government demonstrations and calls for regime change.

Kaveh Madani, an environmentalist that was working in London, was persuaded by the Rouhani administration to return to Iran. He returned to take up a position as the deputy head of Iran’s environment department and was seen as the symbol of so called Rouhani’s efforts to get Iranian talent back.

However, it was reported earlier this month that he has now left Iran after being pressured by the regime’s intelligence. It is likely that he left after reports of the suspicious death of a fellow environmentalist broke as well as the arrest and imprisonment of several others.