Iraq Elections: Now Is the Time to Limit Iran’s Influence 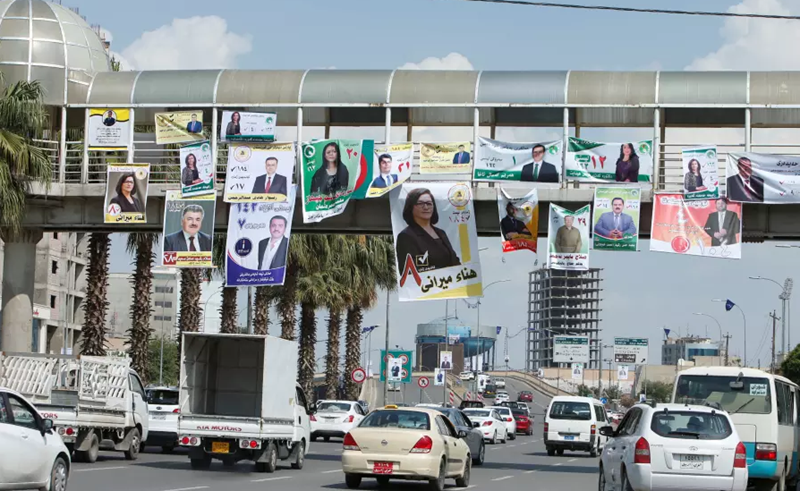 London, 26 Apr – Since the 2003 US-led invasion of Iraq, Iran has been present in the country with an influence that is ever-increasing. The elections that are due to take place next month will be the perfect opportunity for Iraq to limit Iran’s influence.

On May12th, the parliamentary and local elections will take place and the government of Iraq has been taking measures to move towards reconciliation with its neighbours.

The measures taken by Baghdad have been labelled as “positive neutrality” and there have already been steps taken in the right direction with Saudi Arabia. There has been the formation of a joint commission which has the aim of increasing bilateral trade between the two and Saudi Arabia has announced it is prepared to invest millions of dollars to rebuild areas that were wrecked during the military action against the Islamic State group (ISIS).

Saudi Arabia is the arch rival of Iran and its leaders have criticised the Iran’s numerous acts of belligerence in the region. Via the Houthi rebels in Yemen, Iran has launched several ballistic missiles into the kingdom.

Officials from Iraq have also been on visits to other Gulf countries. One of the defining moments in the rapprochement process was when Kuwait pledged to help rebuild Iraq. It held a conference earlier this year to this effect.

The United Arab Emirates (UAE) and Turkey also have plans to work with the Iraqi government in an attempt to limit Iran’s influence in the country’s politics and internal affairs.

Prime Minister of Iraq, Haider al-Abadi, has said on a number of occasions that he will not take sides in any conflict in the region and said that the electoral campaign will be cross-ethnic and cross-sectarian.

How neutral Iraq can become is largely dependent on the outcome of the elections and the resulting electoral alliances. Several candidates are keen to bring Iraq back to the state it was in before 1991 when the country was a leading member of the Arab world. The relations between Iraq and the rest of the Arab world must involve the reduction of Iranian influence.

Iran’s influence in Iraq is massive. It controls, or has a huge leadership role, with many militias including the Popular Mobilisation Forces (PMF). Reports indicate that Iran’s Quds Force controls around two-thirds of the PMU.
The Shia community in Iraq, including many of its clerics and senior politicians have expressed their disproval of Iran’s influence in Iraq.

A leading Iraqi cleric, Ahmad Lashkai, recently said: “We try to maintain independence in [our] movement to prevent any unacceptable outside interference.”

Iran has been interfering in the internal affairs of other nations too, most notably in Syria where it has been propping up President Bashar al Assad, and Beirut, Yemen and Lebanon. Its influence is malign and goes against the security interests of the region. Iran takes advantage of poor and / or minority areas and populations to spread its agenda before infiltrating politics and governments.

Iran is after regional dominance and its widespread interference is not a show of strength. It is evidence of its weakness that is increasing with the level of domestic discontent among its own people.

By Pooya Stone  The head of the Iranian team...