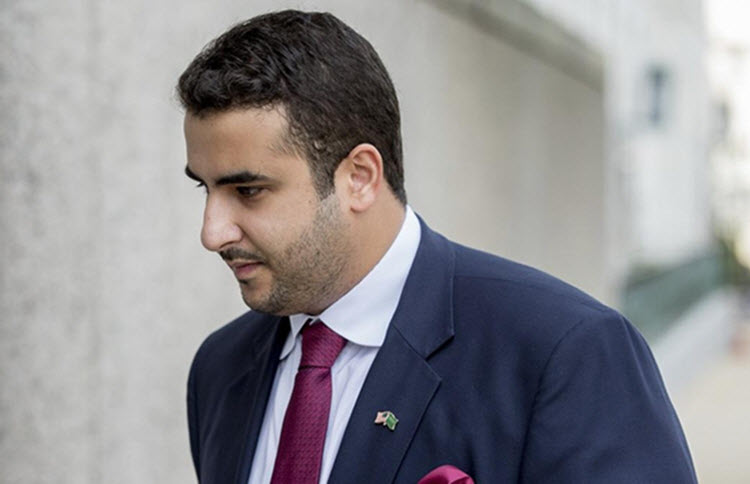 London, 9 May – Saudi Arabia’s Ambassador to the United States has applauded Donald Trump’s decision to withdraw from the Iran nuclear deal, formally known as the Joint Comprehensive Plan of Action (JCPOA), and to reimpose sanctions on the country.

Ambassador Prince Khalid bin Salman responded on Twitter that the deal has only fueled Iran’s expansionist ideological drives across the Middle East.

Prince Khalid bin Salman wrote: “The Kingdom of Saudi Arabia fully supports the measures taken by [Trump] with regards to the JCPOA. we always had reservations with regards to sunset clauses, ballistic missiles program, and Iran’s support for terrorism in the region. As I said before with regards to the deal, we are on autopilot heading towards a mountain. [The] deal has fueled Iran’s malicious expansion driven by its extremist ideology. It provided Iran with a financial windfall that it used to further sectarian strife/chaos in the region.”

He continued: “[Saudi Arabia] always believed that the [international] community cannot address Iran’s pursuit of [weapons of mass destruction], without addressing the mass destruction Iran is inflicting on the region. Any future deal must address Iran’s ballistic missile program, and it’s increasing financial/military support for terrorism.”

In his withdrawal speech, Trump said that he would quickly move to reimpose all sanctions on Iran, not just those that were of immediate concern.

Saudi Arabia welcomed Trump’s decision and his strategy for reimposing sanctions. The Kingdom hopes that the international community will follow suit and adopt a firm, united stance against Iran for its destabilisation of the Middle East and its support for terrorist groups, especially Hezbollah and Houthi militias.

In the wake of Trump’s decision, Saudi Arabia also vowed to take all necessary measures to prevent oil supply shortages to the worldwide markets.

In a statement on Tuesday, the Saudi energy ministry said: “The kingdom will work with major oil producers within and outside OPEC, and with major consumers as well to limit the impact of any shortages in supplies.”

Trump’s decision to immediately reimpose sanctions on Iran could impact their ability to export oil. When Iran was under crippling international sanctions in 2015, they exported just 1 million barrels per day (bpd) of crude oil, mainly to Asia and European countries. Their most recent report was 2.5 million bpd.

Saudi Arabia produces 10 million bpd, but could produce 12 million bpd. Although, major oil producers are currently party to a deal – expiring at the end of the year – to cut their output in order to maintain prices, it is likely that oil levels will remain steady.

Bloomberg: European sanctions on buying oil from Iran are...