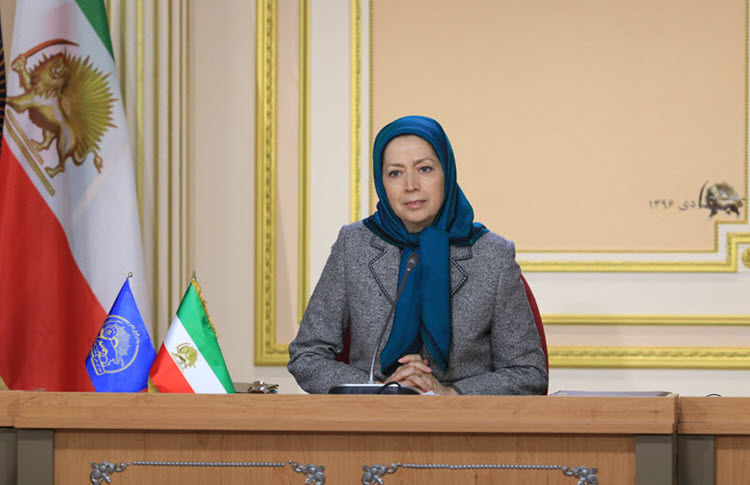 London, 9 May – In the wake of Donald Trump’s decision to withdraw from the 2015 Iran nuclear deal, the Iranian Resistance have issued a statement welcoming the move, but also reminding the world that the only hope for peace, democracy, security, and stability in Iran is to remove the ruling mullahs from power altogether.

When Trump pulled out of the deal, formally known as the Joint Comprehensive Plan of Action (JCPOA), he not only killed the fatally flawed agreement, but also ended 40 years of appeasement of the Regime by the US. In his withdrawal speech, Trump noted that he would move to reinstate sanctions on the clerical regime as soon as possible, acknowledging that money received by Iran as a result of this deal had not improved the lives of Iranians (i.e. funding a healthcare system), but had actually been used to prop up their malign military programme.

He said: “[Iran] has funded its long reign of chaos and terror by plundering the wealth of its own people.”

In response to Trump’s speech, Maryam Rajavi, the President-elect of the National Council of Resistance of Iran, spoke on behalf of the brave people of the Iranian Resistance, who had risked their lives to expose the Iranian regime’s secret nuclear program and facilities way back in 2002, despite their wrongful status on the US’s terrorism watch list (an attempt to appease the mullahs).

Rajavi said: “Eradicating the clerical regime’s nuclear and terrorist threats means getting rid of the regime in its entirety. A regime based on the principle of Velayat-e faqih (absolute rule of the clergy) cannot exist without terrorism, suppression, and weapons of mass destruction. As in the past, any future investment in this regime is doomed to failure. As the Iranian Resistance has persistently declared, standing with the criminal mullahs, and empowering those responsible for, and the perpetrators of, the massacre of the Iranian people’s valiant children, will only embolden the religious fascists’ warmongering, export of fundamentalism and terrorism.”

The Iranian Resistance opposes the clerical regime and wants to bring about a non-nuclear Iran committed to human rights and democracy. This is something that the people of Iran are strongly in favour of, as can be seen through their nationwide anti-regime uprising.

Rajavi said: “As the nationwide uprising in December and January demonstrated, the Iranian people want to be liberated from religious oppression and despotism. Democratic change in Iran is inevitable and a free Iran is within reach. The end of religious dictatorship in Iran is a requisite for regional peace, democracy, security, and stability. This is the only way to end war and crisis in the region and avert a larger war.”

She also called on the United Nations Security Council to begin proceedings against the leaders of the Iranian regime for terrorism and crimes against humanity, including the massacre of political prisoners.

AP: The recent meeting between al-Maliki and Iran's pointman...