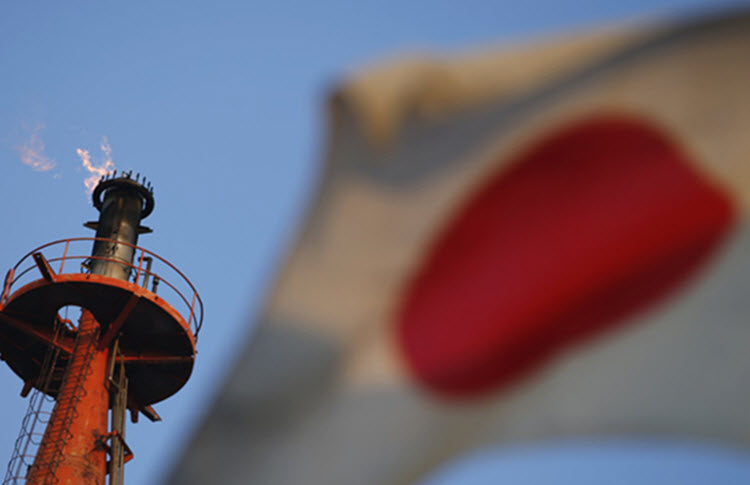 London, 23 Jun – People with knowledge of the matter say that going beyond the reductions that were demanded when sanctions were imposed earlier this decade, the U.S. has now asked Japan to completely halt oil imports from Iran. But, during talks with Japanese counterparts in Tokyo earlier in the week, no decision was reached. Asking that not to be identified because the matter is confidential, they revealed that discussions will continue later.

After his decision to renew sanction against Iran, U.S. President Trump’s administration gave allies 180 days to reduce purchases from the OPEC producer.

With a request to entirely discontinue imports, a tougher stance than the one in 2012 is signaled. At that time, in exchange for waivers from U.S. financial restrictions, reduced levels of oil purchases were allowed. As Washington seeks to undermine Tehran’s economic lifeline, Iran’s crude exports will be curbed. It is speculated that prices will climb to the highest in 3 1/2 years. At an OPEC meeting in Vienna this week, the issue was a source of contention.

Nevyn Nah, a Singapore-based analyst at industry consultant Energy Aspects Ltd. stated, “The market was more relaxed about the impact of renewed U.S. sanctions on Iran when it was first announced, but now there’s a growing realization that we could be losing close to 1 million barrels a day of exports.” Nah’s statement refers to the total volume of shipments that will possibly be affected worldwide.

Takashi Yamada, director of petroleum policy at Japan’s Ministry of Economy, Trade and Industry, and the U.S. State Department spokesman, both declined to comment while the talks continue.

Japan is Asia’s fourth-largest buyer of Iranian supplies according to data from the Asian Nation’s Ministry of Economy, Trade and Industry. It is likely that its government is still negotiating with the American administration to get exemptions from the sanctions, according to Takashi Tsukioka, chairman of the Petroleum Association of Japan. Tsukioka, who is also chairman of refiner Idemitsu Kosan Company, previously said that in early August Japan is expected to decide by how much it should cut crude imports from Iran. It must take into consideration the responses of China, India, and South Korea, he said.

Commodities analyst at Hyundai Futures Corporation, Will Yun, said in a phone interview, “Even if the U.S. does impose the strongest sanctions on Iran, the impact will be minimal without everyone on board.”

The U.S. State Department said on May 8th, that it will consider “relevant evidence in assessing each country’s efforts to reduce the volume of crude oil imported from Iran during the 180-day wind-down period,” for waivers.

JXTG Holdings Inc., Cosmo Oil Co. and Fuji Oil Holdings Inc., all Japanese refiners, previously claimed that they can replace Iranian supplies with oil from elsewhere, including the Middle East. However, some of them have plants that are particularly compatible with crude from the Islamic Republic.

Satoru Yoshida, a commodity analyst at Rakuten Securities Inc., said “It could be that the U.S. is initially demanding a big thing before offering Japan a way to go around it in negotiations.” In a phone call from Tokyo, Yoshida said, “Even if the U.S. is asking Japan to completely stop Iranian crude imports, which is a very high hurdle, it may lower its demand later.”

A U.S. State Department statement earlier this week assured that a delegation will visit Tokyo and Seoul from June 18th to June 20th “to convey the Administration’s Iran policy, including with regard to the re-imposition of nuclear-related sanctions on Iran.”

It is believed that Japan will make a final decision on whether or not to buy Iran’s South Pars condensate — a type of ultra-light oil — only after negotiations between the government and the American administration are completed, causing ripples within the oil market.

Is Iran trying to set up a new arms smuggling route to Gaza from Sudan?

The Telegraph: Following this week's revelation by Canadian officials...

Jailed dissident says Iran leader plans to have him killed