Iran: Sanctions Need to Be Hard-Hitting 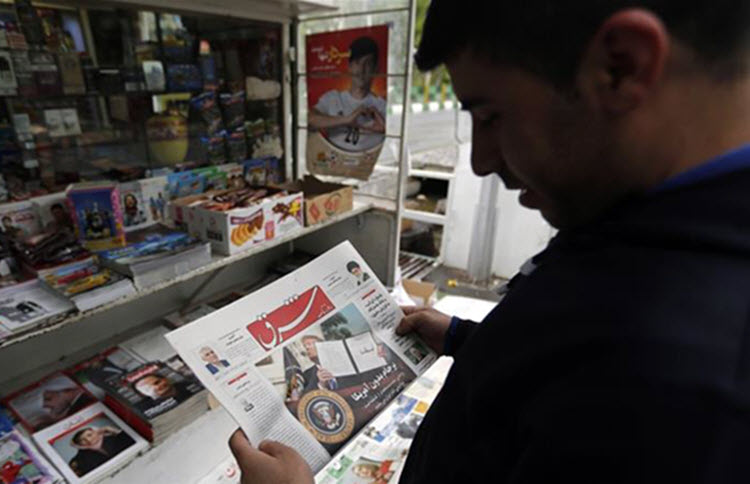 London, 23 Jun – Last month, US President announced that he would be pulling the United States out of the 2015 Iran nuclear deal, formally known as the Joint Comprehensive Plan of Action (JCPOA). He also said that the sanctions that were lifted as a result of the nuclear deal will be reapplied and that fresh ones would be issued. We do not know the full details of the sanctions yet, but it is expected that we will hear soon, as the deadlines approach.

Iran pretends to be rather unconcerned about the sanctions. Iran is used to sanctions and had lived with them for so long that it has been able to find work-arounds. Several Iranian officials have recently said that the sanctions will be little more than an inconvenience.

The Trump administration is hopefully listening to this and bearing it in mind when finalising the details of the sanctions. It is the perfect chance for the administration to really take the time and issue some hard-hitting sanctions that will make a real difference to the Mullahs. It must exploit Iran’s main vulnerabilities.

Some have suggested that Iran’s oil revenues should be the focus, not the country’s sales. Locking up its oil revenue is essential and other countries must work with the US on this.

Experts and analysts have suggested that cutting of Iran’s access to SWIFT (the Society for Worldwide Interbank Financial Telecommunication) will be hard-hitting, but realistically it is not going to make much of a difference to the country’s access to the global financial system. Iran had already been banned from SWIFT before the nuclear deal was agreed, but many banks around the world had already stopped doing business with Iran before the ban was put in place.

Many of Iran’s banks are corrupt and do not follow international guidelines. This is what should be exploited – not SWIFT. At the beginning of the month, Treasury Undersecretary Sigal Mandelker spoke about Iran’s banking sector and highlighted that it has been systematically trying to “undermine the international financial system”. This should be taken further and the Trump administration should warn banks that dealing with Iran could make them implicit in Iran’s illegal activities.

The Trump administration should also call on other countries to ensure that other sanctions that Iran infringes upon are enforced tightly. For example, the EU’s sanctions on Syria affect the Export Development Bank of Iran that is used to support the Assad rule.

The National Council of Resistance of Iran (NCRI) has advocated and urged all leaders to take a tough approach to the Iranian regime. For years, the Iranian regime has benefited from impunity because the international community is reluctant to hold it accountable for its systematic acts of belligerence.

On 30th June, the NCRI will hold its annual gathering in Paris in which politicians, dignitaries and lawmakers from all over the world will speak about how Iran can be freed from the oppressive and corrupt government. There is no doubt that the NCRI and the speakers will denounce the failed policies of appeasement and call for harsher sanctions.