Iran: Opposition’s Position Grows Stronger With Support From US Administration 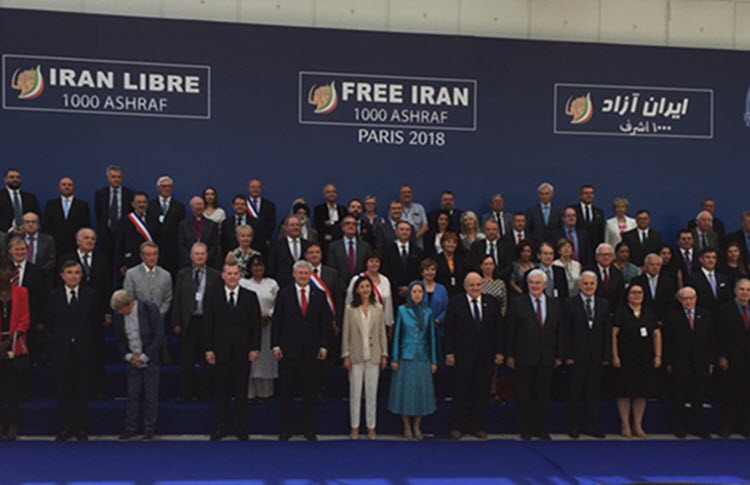 London, 2 July – The main opposition to the Iranian clerical rulers, the National Council of Resistance of Iran (NCRI), held its annual gathering in Paris on Saturday 30th June. It was an overwhelmingly optimistic and positive event showing the progress that has been made in recent years. The majority of the speakers – elected representatives, former US administration officials, Members of European Parliament and dignitaries from all over the world – noted the positive move forward, especially in the past six months.

The event is also sending a big signal to Tehran about how the United States is moving forward with its new policy. President Trump’s personal attorney, Rudy Giuliani, highlighted that the current US administration, unlike the last one, is taking decisive action to push back against Iran. Giuliani said that the policy is to choke the ruling Mullahs financially. He also mentioned that when the uprising started at the end of December last year, Trump took to social media to voice his support the people on the streets in Iran.

Giuliani said that it is “very realistic” to see the end of the Iranian regime and he said the situation is reminiscent of former President Reagan’s open support for the protesters in Poland. He said that Communism fell and Poland was freed. He said that is will soon happen in Iran because regime change is just “around the corner”.

Although Giuliani is not involved with the Trump administration’s foreign policy, he is very close to the President. Newt Gingrich, a close political ally of Trump, also spoke at the grand gathering. He said that the Soviet Union went from being “unbelievably powerful” to just disappearing one day. Iran is in a much weaker position than the Soviet Union was, so this is something positive for the people of Iran to look to.

Secretary of State Mike Pompeo has also been outspoken in recent weeks about the protests in Iran, making it clear that he stands on the side of the people against the Mullahs that he described as criminal.

At the beginning of May, Trump announced that the United States would be exiting the nuclear deal. His administration has unilaterally restored sanctions on Iran and fresh ones are to be imposed. The aim of the economic sanctions is primarily to put pressure on Iran and to dissuade foreign banks and companies from trading with Iran, and to punish those that do.

The other signatories of the deal – France, Germany, the United Kingdom, China and Russia – have not joined in with the sanctions.

The Trump administration is moving forward to cut off Iran’s ability to export oil, its main source of revenue. It has been reported that the US was urging Saudi Arabia to make up for any shortfall that would lead to an increase in the global price of oil. It seems like the US lobbying has worked because Trump posted a message on Twitter on Saturday saying that King Salman of Saudi Arabia “has agreed”.

The relations between the kingdom and the US have improved since Trump took office and both are in agreement about the negative influence of Iran in the region.

Reuters: Iran's intelligence minister said on Wednesday he was...

Tehran Increases Suppression and Terrorism at the Expense of Workers

In recent months, employees and workers of Haft-Tappeh Sugarcane...