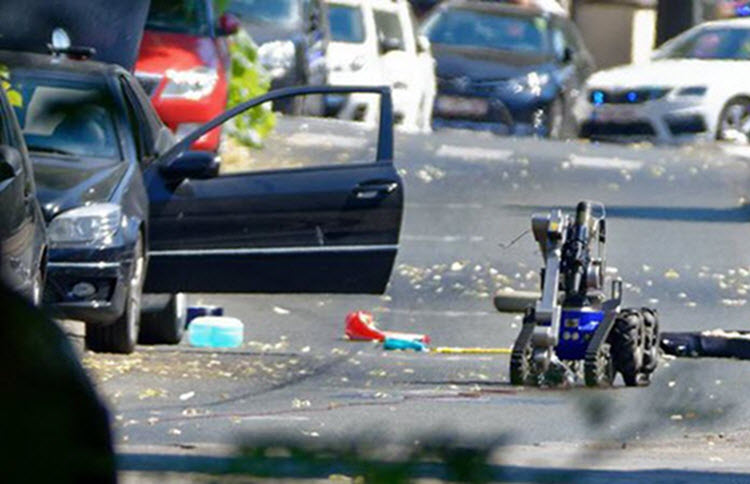 London, 2 July – This weekend, three terror plot suspects were arrested in France and Germany over an apparent terror attack plot to bomb a rally organized by the National Council of Resistance of Iran in Paris on Saturday.

Two suspects in Belgium were intercepted by police on Saturday and were found with 500 grams of TATP, a home-made explosive produced of easily available chemicals.

The couple, believed to be from Antwerp, were also found with a detonation device in their car, Belgian prosecutors and the intelligence services said.

Legal sources also suggest a further three people were also detained in France over the terror plot during the Iranian conference.

The secretariat of the National Council of Resistance of Iran in a statement mentioned: “A terrorist diplomat of the clerical regime by the name of Asdollah Assadi, who was the main planner of the terrorist plot against the great gathering of Iranians in Paris, was arrested in Germany. The terrorist diplomat, who is the station chief of the Ministry of Intelligence and Security (MOIS) in Vienna, has been stationed in Austria since August 2014.”

The statement further added: “The two arrested terrorists are Amir Sadoni and Nasim Naami and are residents of Antwerp and prior to Asadollah Assadi, an individual by the name of Mostafa Roudaki was the MOIS station chief in the regime’s embassy in Austria. Roudaki was transferred to Tehran and was subsequently dispatched to Albania in 2017 as the MOIS station chief there to plot against the People’s Mojahedin Organization of Iran.”

In its statement the NCRI once again reiterated the need to shut down the Iranian regime’s embassies and representative offices in Europe as centers of espionage and terrorism and expel the agents of the Ministry of Intelligence and the terrorist Quds Force from European countries.

US President Donald Trump’s lawyer Rudy Giuliani and several former European and Arab ministers were among those attending the meeting of the Paris-based NCRI on Saturday.

Free Iran rally: Rudy Giuliani was one of 80,000 attendees

Mr Giuliani used a fiery speech to tell the crowds that US President Donald Trump and his sanctions will help end the “murderous regime” in Iran.

While Newt Gingrich, the former House Speaker and a close ally of Trump’s, added that Europe must also impose tough restrictions on Iran – or face the wrath of his president.

After hearing of the shocking terrorist plot today, Rudy Giuliani said: “All the participants at the Free Iran 2018 – The Alternative rally in Paris on June 30, appreciate and admire the fine work of law enforcement particularly in Belgium and France in arresting the terrorists who according to the Belgian Federal Prosecutor’s office were planning an attack on the gathering supporting freedom from the theocratic oppressive regime in Iran.

“This accentuates the growing sense that the regime that is the biggest sponsor of terrorism in the world is increasingly weakened by constant large demonstrations in over 140 cities.

“It is also becoming apparent that Madam Maryam Rajavi and the NCRI pose a realistic alternative to this homicidal regime.

“Nothing could be worse for these misogynists than a movement seen as replacing them headed by a heroic woman.”

Iran’s nuclear program will be discussed at conference on Iraq: Powell

AFP: An upcoming conference on Iraq will be a...