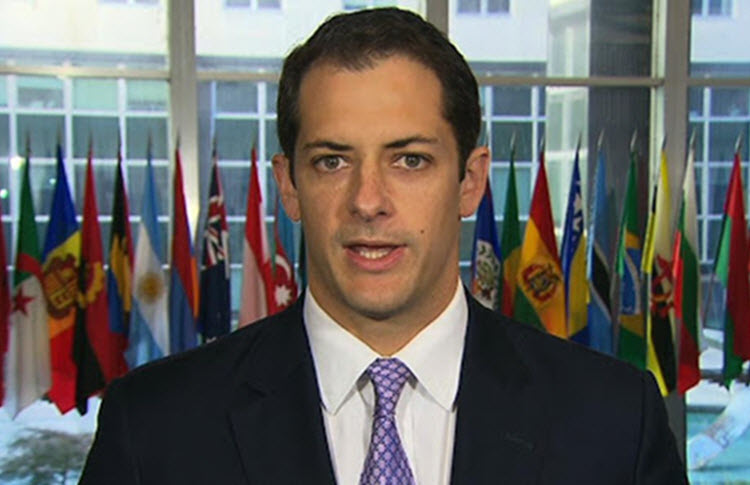 London, 13 July – US Deputy Assistant Secretary of State Andrew Peek said in an interview during his visit to Bahrain as part of his regional tour, that Washington is committed to halting Iran’s regional aggression.

The US is working with its Gulf allies to bring Iran to the negotiating table, stop it from supporting military proxies, terrorism, and proliferation of missiles, according to Peek.

He said, “The discussion in particular highlighted the ways in which Iran attempts to destabilize and provoke conflict in Bahrain through proxies that have their headquarters abroad, other key personnel abroad, and that work to cause cleavages in Bahraini society.”

US President Trump announced the US exit from the nuclear deal with Iran last May, and re-imposed sanctions against it. “Since then, we have been on an intense diplomatic engagement with our allies and partners to both explain our strategy and to win their support for it,” Peek said.

“One of the problems of the nuclear deal was that we were effectively prevented from sanctioning key individuals, key networks, because either their sanctions had been lifted pursuant to the nuclear deal and thus we could not re-sanction them because of their ties to terrorism – for example the Iranian Central Bank – but also that when we look at activities like Iranian disruption of Bahrain and Iranian attitudes towards Bahrain, we could not impose strategic economic sanctions sufficient enough to cause the Iranians to have to choose: you could either do your malign regional activities or you can have a healthy, thriving economy, but you can’t have both,” according to Peek. “So we discussed the challenges Iran was posing, and then agreed on how to move forward in countering that.” He added that Gulf countries have been extremely supportive and helpful in achieving this aim.

Iran stands accused of meddling in the domestic affairs of the Gulf countries. In fact, Saudi Arabia, along with a coalition of Arab states, have been fighting Iranian-backed Al Houthis in Yemen for three years.

During his campaign for the US presidency, Trump called the Iran nuclear deal, the “worst deal ever”. However, he has expressed a willingness to work to make acceptable changes to it — especially to the “sunset clauses” which allow Iran to resume part of its nuclear program after 2025.

Reuters: A senior U.S. official on Tuesday cautioned against...

AFP: The mayor of Iran's second largest city has...