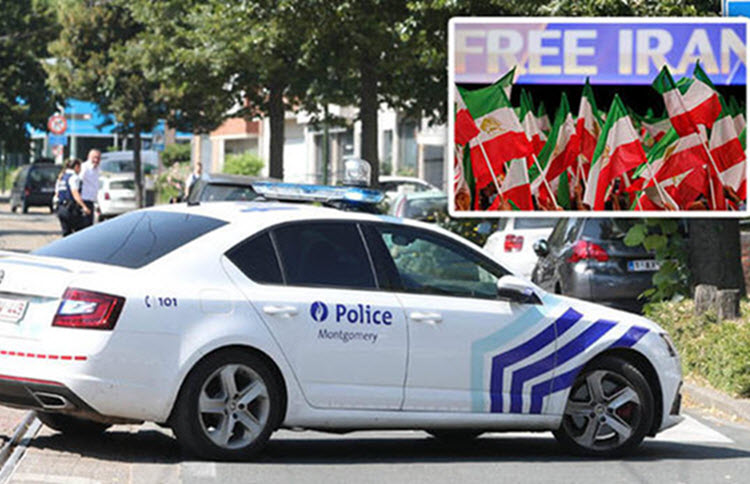 London, 14 July – The leading Iranian opposition group has said that the plot to bomb their annual resistance rally in France on June 30 was directed by the highest powers in the Iranian Regime.

The National Council of Resistance of Iran (NCRI) cited intelligence sources inside the country and revealed that the terror plot was approved months ago by Supreme Leader Ayatollah Ali Khamenei, President Hassan Rouhani, and the Iranian Revolutionary Guards Corps (IRGC).

The plot was foiled when Belgian authorities discovered the explosives in a car driven by a couple with Iranian roots. The couple, believed to be from Antwerp, was directed by Iranian diplomat Assadolah Assadi, who worked at the Iranian embassy in Vienna and was arrested by German authorities. Another man was arrested in Paris.

Iran has, of course, denied the charges but the facts remain the same.

American officials, including Secretary of State Mike Pompeo, report that Iran routinely places intelligence operatives in its European embassies to spy on exiled opponents, treat the embassies as terrorist centres, and that they are certain of the Regime’s involvement in the attempted bombing.

Pompeo said: “Just this past week there were Iranians arrested in Europe who were preparing to conduct a terror plot in Paris, France. We have seen this malign behaviour in Europe.”

While a senior State Department official at the NATO conference in Brussels confirmed Iran’s terrorist support and said that the US is determined to “deprive the regime of revenues to terrorize people and to terrorize other nations”.

The unnamed official said: “The United States is urging all nations to carefully examine diplomats in Iranian embassies to ensure their countries’ own security. If Iran can plot bomb attacks in Paris, they can plot attacks anywhere in the world, and we urge all nations to be vigilant about Iran using embassies as diplomatic cover to plot terrorist attacks.”

Iranian dissidents are now demanding that Assadi is sent to face trial in Belgium, with the three other accused co-conspirators, while the Regime wants him to be returned to Austria.

Shahin Gobadi, an NCRI spokesman, said: “In Belgium, it is more probable that Assadi will face justice and has to answer all sorts of questions and does not have any diplomatic immunity.”

A report by the NCRI intelligence services said that Assadi is the Ministry of Intelligence station chief in Vienna and the coordinator for other stations in Europe.

It read: “His main task was espionage and conspiracy against the [NCRI], and he has been travelling to various European countries in this regard.”

Amnesty: Iran to stone woman to death by end of month