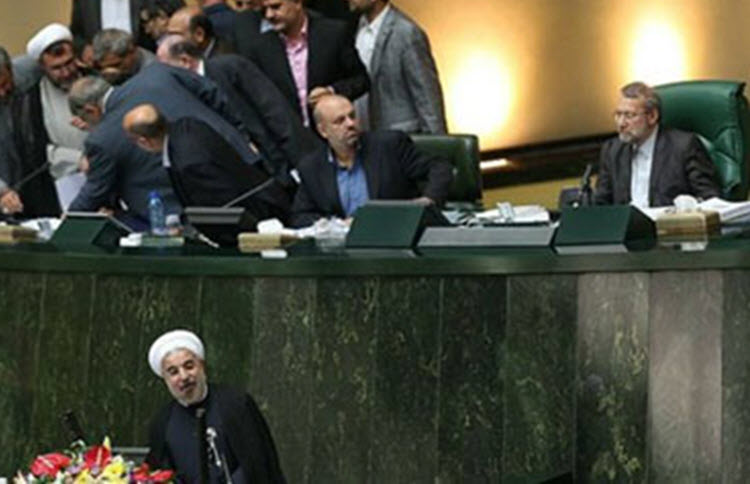 Mahmoud Sadeghi is a very outspoken official. He is a representative to Iran’s parliament and he recently accused his colleagues of succumbing to bribes to that a parliamentary motion should be shelved.

The motion in question is regarding legal violations that take place at Tehran’s municipality.

Corruption is rife within the leadership of the country, but it is not often that officials speak openly about it. Sadeghi said that numerous MPs had taken bribes so that the mismanagement at the capital city’s City Hall was not exposed.

Sadeghi, who is the head of parliament’s faction for economic reform, transparency and financial discipline, said that one MP had received an over-construction permit worth around a quarter of a million dollars (US) and a number of other MPs have received debit cards with around $1,200 dollars on them.

He spoke about a “corruption network” being exposed during a parliamentary motion that had the goal of countering violations at the city’s municipality and said that the investigation included the testimony of parliamentary staff. He added: “(…) we have also witnessed signs of corruption and wrongdoing during the debates and voting procedures.”

It soon became evident that dozens of trillions of rials were unaccounted for in the city’s expenditures during Qalibaf’s tenure. The documents that were uncovered are classified but a member of the city council made it known that some of the funds were allocated to contractors that did not have legal contracts in place.

Najafi said last year that a special committee had been formed to investigate the “scandal”, adding that it is being referred to as an ‘Astronomical Property Sellout’. However, there is still no word of any findings or reports by this committee.
Najafi was then put under pressure from allies of the Supreme Leader Ayatollah Ali Khamenei, the judiciary and the IRGC and he eventually had to resign.

However, the recent comments from Sadeghi have brought the scandal back to the forefront. The Supreme Leader has ordered Major General Hossein Baqeri of the IRGC to take charge of the investigation into one of the contractors – Yas Holding.

Five unnamed suspects have so far been detained and charged for financial corruption. They all have a military background.

The people of Iran have been calling for regime change and corruption at all levels of leadership is one of the reasons why. In protests that have been ongoing since the end of December, the people have called the Ruling System out for its corrupt practices and plundering of the nation’s wealth. U.S. President has also spoken about the Iranian leaders’ corruption.

Netanyahu says may have to act before US on Iran

AFP: Iran is moving "closer and closer" to building...

AFP: The European Union will offer Iran a package...