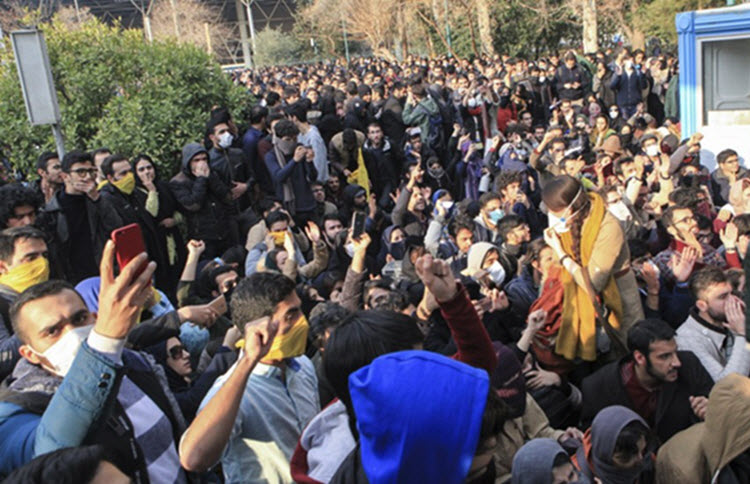 London, 15 July – Beginning last December, widespread protests began in Iran, that have now reached unprecedented levels due to dire economic and living circumstances. Today, the Iranian government appears to be ready to implode at any time, unless it handles the current issues with transparency.

The Iranian system under new American and international economic sanctions does not seem to be sustainable.

According to Shehab Al-Makahleh, Director of Geostrategic Media Center, senior media and political analyst in the Middle East, “Hassan Rouhani’s victory over the hardliners has never meant getting rid of the IRGC grip and rule of the country, which badly affected the country’s foreign policy. The National Security Council, the Supreme Leader and the IRGC, mainly, and the Al-Quds Force have been playing dubious role externally, in Iraq, Syria, Yemen and elsewhere, working as rogue operators, leading the country to a precipice, giving no concern to domestic issues such as unemployment and inflation.”

Iran spent huge resources on its nuclear program, but the ordinary Iranian people’s lives were affected, as suitable job openings were unavailable.

The country’s oil industry has been depleted, according to Al-Makahleh, who says that if the Iranian government had managed its oil industries appropriately, the country and the people would have benefited. “What has ignited the implosion in Iran is that though the government is politically efficient, it is economically otherwise,” he says.

Iran’s domestic politics, economics, society, and foreign affairs are factors that helped shape the country and its future, as well as the IRGC’s goals.

From the perspective of political analysis, the recent events in Iran are exploding due to several reasons:

1. The government has exercised oppression on the Iranian people and subjugation has reached unprecedented levels, even by the standards of authoritarian countries.

2. Economic pretexts are a logical and predictable outcome due to unlimited spending on the military and security establishments. According to studies, Iran has spent more than $70 billion in the Syrian war. That amount could have solved the economic problems in Iran.

3. Social considerations that repress society and the young generation exercised by the conservative religious establishment drive the Iranian community to explode. Even if the government can control the uprisings, it will not control the people’s fury.

The uprising is not related only to the economic and social aspect — the Iranian people also called for the overthrow of the ruling system and the fall of the supreme leader.

The Iranian people blame the supreme leader and his subordinates for the American exit from the nuclear deal with Iran.

Some analysts believe that war is immanent between Iran and the US. Israel would be a key player.

“Regime change in Iran is diametrically in line with what the neoconservatives’ mantra that espoused foreign entanglements abroad in order to improve the country’s domestic situation really means. The clock is ticking and it sounds that the US, the West and Israel have reached the state of final countdown with Iran,” according to Al-Makahleh.

AP: Hasan Rouhani knew there was an element of...