Iran Files Suit Against US at the Hague 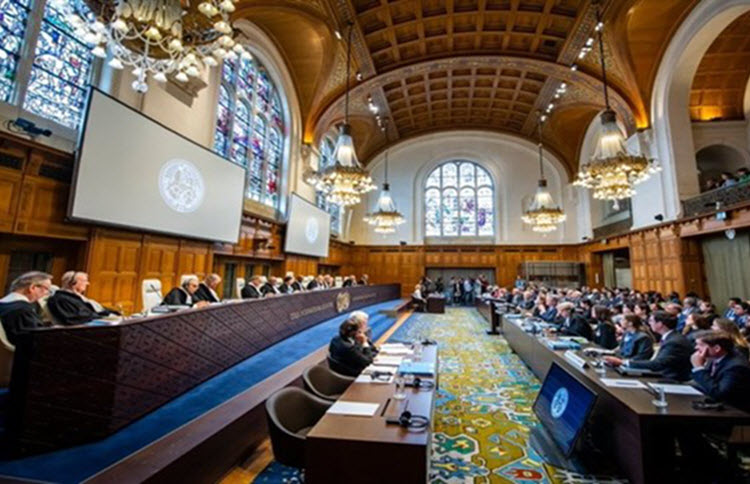 London, 29 August – Iran has filed a suit against the US before the International Court of Justice (ICJ) at the Hague to stop US sanctions from coming into place, but the US views the suit as “meritless” and will fight against it.

Iran’s claim is based on the 1955 “Treaty of Amity” between the US and Iran, which is a strange treaty to bring up as it has already been before the ICJ several times.

In 2003, when the US and Iran were attacking each other’s oil platforms and shipping industry, the ICJ ruled that the treaty was in force, despite being signed by previous governments, but that the US and Iranian claims based on that treaty were not valid. While during the 1979-80 hostage crisis, the ICJ found in the US’s favour and ordered the return of the American hostages, but ignored the ruling.

Now, Iran wants The Hague to stop the US from imposing sanctions against them because they are bankrupting the Iranian economy, which is helping spread anti-government protests and undermining the power of the mullahs. The upcoming sanctions against Iran’s oil industry will only further destabilise the Iranian economy and possibly cause the collapse of the dictatorship.

Iran previously reacted to these incoming sanctions by threatening to close the Straits of Hormuz, where 20% of all global oil exports go through. The US hit back by stating that they would protect shipping in the Gulf.

Meanwhile, the Rouhani government is facing pressure from other factions in the establishment, with the Labour and Economy Ministers recently impeached, but one should not mistake this for trying to punish the people responsible. This is yet another example of Iranian rulers trying to find a scapegoat.

The people have turned their backs on the Mullahs as a whole, with conservatives and liberals alike, taking to the streets to protest the mullahs and call for their deaths.

Of course, it is slightly hard to believe that the mullahs would willingly bring themselves to the attention of the ICJ, when the pressure is mounting to bring them to trial for crimes against humanity.

In August 1988, Mullahs executed 30,000 political prisoners in an attempt to wipe out their opposition. The government has suppressed information about it for decades, even going to far as to destroy the mass graves that they buried the victims in and punish anyone who speaks up about the massacre.

Now, dissidents, human rights groups, and politicians are all calling for the silence to end and for the mullahs to be brought to justice. The mullahs should not be allowed in The Hague unless they are answering for their crimes.

AP: Iran has shrouded a building that the U.N....

Iran to continue supplying oil to India for now

Reuters: Iran will continue to supply oil to India...