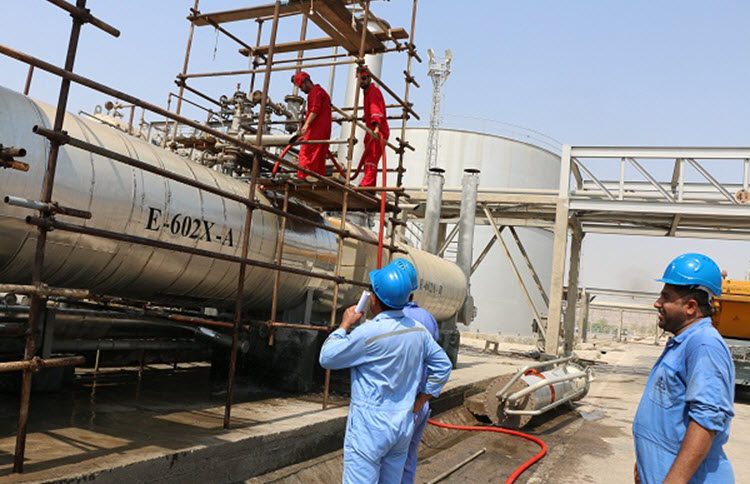 London, 29 August – Iran’s exports of crude oil and condensate are set to drop below 70 million barrels in August, for the first time since April 2017, months ahead of the incoming US economic sanctions that specifically target Iran’s oil industry.

According to data from Thomson Reuters Eikon, Iran’s total volume of exported crude and condensate (an ultra-light oil from natural gas fields) is about 64 million barrels in August or 2.06 million barrels per day (bpd). This shows a significant drop compared with their peak in April of 92.8 million barrels or 3.09 million bpd, which came just a month before Donald Trump pulled the US out of the nuclear deal and announced the reintroduction of sanctions against the country.

The US has asked companies and countries to cut their purchases of Iranian oil to zero by the November 4 deadline in order to avoid sanctions that would cut them off from the American financial system. This is part of the US’s overall policy on Iran, which is to push Iran to come back to the negotiating table for a new nuclear deal that would target all of Iran’s malign behaviour.

Many key Iranian oil importers have already ended their relationship with Iran, especially once insurers, shipping companies, and financial organisations suspended their dealings in Iranian oil.

China, for instance, is expected to cut its oil imports by about a third this month, from 24 million barrels in July to just 18.4 million barrels. In an attempt to evade sanctions, China switched to using Iranian tankers to deliver the crude, but this will only work until November.

Japan, who have already confirmed that they will end their Iranian oil imports by November, have cut the imports to 3.4 million barrels, which is down for the second month in a row. While South Korea has not imported any Iranian oil this month.

Oil exports to Europe have fallen from 22.2 million barrels in March to just 12 million barrels this month, which is probably largely a result of France’s Total ending their deal with Iran.

In order to try and retain buyers, the National Iranian Oil Company has slashed its crude prices in a desperate attempt to keep exports high. This massive drop in price represents the biggest discount for heavy crude oil since 2004, according to Reuters and trade data.

Iran is currently the third-largest oil producer in the Organization of the Petroleum Exporting Countries and oil futures have surged in anticipation of the loss of Iranian supply.

Trump withdrew from the nuclear deal in May, citing Iranian cheating on the deal, and made it clear that Iran would be coming under tough sanctions.