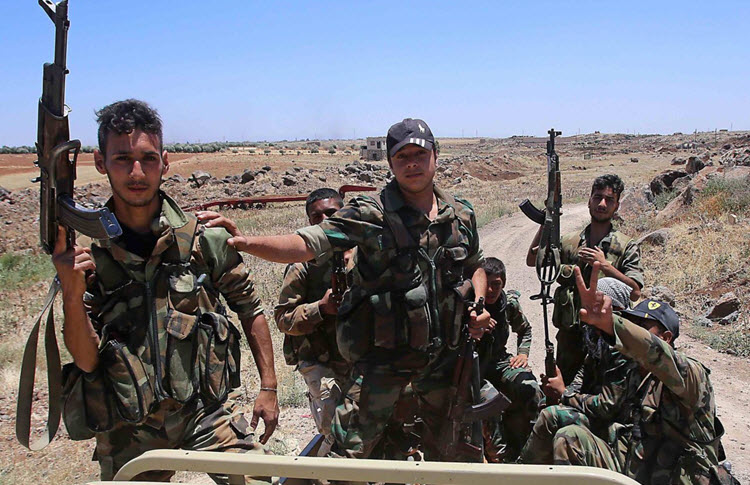 London, 29 August – There is much talk about removing Iran from Syria and, in recent months, many actors in the Syrian civil war have done their best to force Iran to leave.

Israel has repeatedly shelled Iran-backed forces that are too close to its border, while Russia has called on Iranian forces to move from that border and stated that it doesn’t support Iran’s presence in Syria, despite the fact that they are both fighting to keep the Bashar Assad in power. Meanwhile, the US and Saudi Arabia have repeatedly tried to tempt Assad to kick Iran out.

However, as evidenced by Iranian Defense Minister Amir Hatami’s visit to Damascus last week, this has not worked. Hatami reported that Iran wishes to “strengthen Syria’s military arsenal” and “expand its military equipment”, neither of which are leaving the conflict.

The problem is that Iran and Syria have a long-term relationship, which began in the 1980s during the Iran-Iraq war, and that’s a bond that’s hard to break, despite one attempt on the Syrian side to end it and mend relations elsewhere.

Indeed, since Bashar Assad took power, the relationship has only grown; something confirmed at the end of the 2006 Israel-Hezbollah war, when Israeli troops withdrew from Lebanon, but the Syrians did not. Instead, Iran and Syria both increased their presence in the country, where they carried out a wave of executions. After that the two states cooperated on funding terrorist groups, like al-Qaeda, Al-Zaraqawi, and ISIS, and building Iran’s Shiite crescent.

Thankfully, Iran ’s presence in Syria is under severe threat by the US, who had made their support of the Assad and their new nuclear deal with Iran conditional on the removal of Iran-backed forces from Syria, while Israel is increasing its military campaign against the mullahs’ militias.

Abdulrahman al-Rashed, the former General Manager of Al Arabiya News Channel, wrote: “Theoretically, the Iranian forces’, Hezbollah’s and others forces’ exit seems like the expected result but who will believe Iran is willing to cooperate and withdraw after all the massive human and financial losses it endured in Syria’s war? Its withdrawal will be considered a free defeat and will weaken the Tehran government’s negotiating capability with Israel and the US.”

This is true, Iran is unlikely to agree to these terms because the mullahs are incapable of change. They should have been kicked out of Syria a long time ago, but now the obvious option for the US is to support the removal of the mullahs from the entire region and a government by and for the people of Iran.