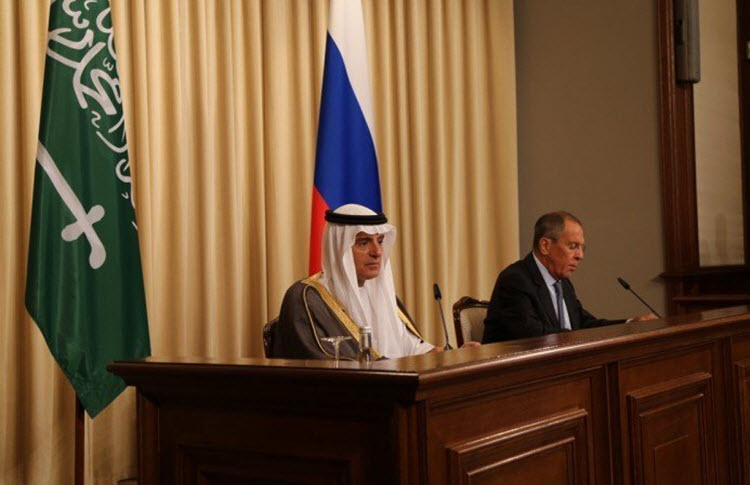 After a meeting with his Russian counterpart, Sergey Lavrov, Adel al-Jubeir lashed out against Iran, called the country’s nuclear programme “weak”, and advocated for more US sanctions targeting Iran.

He added: “We believe Iran deserves that we adopt more sanctions against that state.”

Tensions in the area have risen significantly in recent days after Major General Mohammed Bagheri, the Iranian Armed Forces Chief of Staff, declared that Iran would take full control of the Strait of Hormuz, in addition to the Persian Gulf.

Roughly one-third of all of the world’s sea-traded oil is shipped through the Strait of Hormuz on a daily basis, making it one of the busiest oil shipping routes in the world.

Saudi Arabia’s energy adviser Ibrahim al-Muhanna responded to these threats by promising that the UN would get involved if Iran actually shut down the 21-mile wide Strait, which is the only sea passage for many oil-rich Arab states, including Saudi Arabia. He said that Iran would suffer more losses as shutting the Strait would trigger sanctions against the mullahs.

He said: “Current sanctions are unlikely to stop Iranian oil exports completely, as almost all experts agree. I mean, they will continue to export 1 million (barrels per day) or so. So closing that Strait of Hormuz will damage the Iranians as much as damaging others.”

Any action to block the passage, even for a short period, could increase the price of oil significantly, according to a 2012 report, and impact thousands of people and businesses globally.

In May, Donald Trump pulled out of the 2015 Iran nuclear deal, which lifted sanctions in exchange for restrictions to their nuclear programme, which were never fully implemented.

New York Times: A sitting member of Parliament was...

Reuters: An Iranian court Tuesday lifted a ban on...