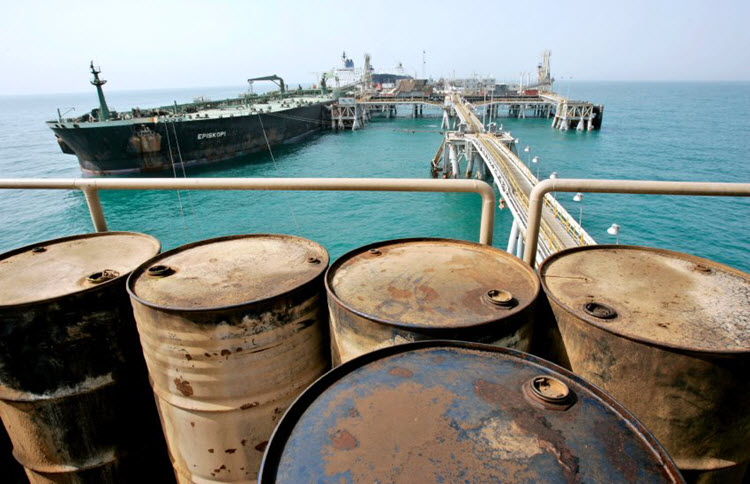 London, 12 Sep – Earlier this year, the head of Iran’s Petroleum Engineering and Development Company spoke about the country’s plans to relocate the nation’s main oil export tunnel from Kharg Island in the Persian Gulf to Bandar-e-Jask in the Oman Sea. He said that the Bandar-e-Jask port will be ready during the course of 2021 and that it would have the capacity to hold around 30 million barrels of crude oil. The CEO of the company also said that it would be able to export one million barrels per day (bpd) from there.

When these comments were made in February this year, many were sceptical that the country would be able to finance the project given the precarious economic situation that Iran had gotten itself into.

Fast-forward a few months and Iran’s economic situation is worse than ever. The country’s national currency – the Rial – has lost more than 70 per cent of its value in the past 12 months alone and the economy is facing more blows in November when the next round of U.S. sanctions is due to take effect – this time on oil exports.

However, far from putting plans for the Bandar-e-Jask port on hold, it appears that they are still at the top of the Iran’s list of priorities. Only last week President Hassan Rouhani spoke about the plans that he said would be completed by the time he leaves office in three years.

It is looking increasingly unlikely that Iran will have the billions of dollars that the project needs in order to be able to realise the plans. However, Iran’s eagerness to realise the project is also to do with its threats to block access to the Strait of Hormuz.

When President Trump announced that the United States was exiting the 2015 nuclear agreement, Iran said that it would guarantee the security of the strategic waterway but he also warned that the “lion’s tail” should not be provoked. It was announced by several Iranian officials that the Strait would be closed if sanctions were re-imposed.

This is not the first time that Iran has threatened to block access. In 2012, Iran said that no oil would pass through the Strait of Hormuz when U.S. sanctions were imposed. The threat was repeated on a number of occasions and there was much concern that Iran would follow through because it is such a strategically important place for the movement of products around the world. It would have had profound implications on the global economy.

It is also expected that Iran will not close the waterway on this occasion either, precisely because of the major impact it would have. Foreign countries, including the United States, would not tolerate such a move and it would undoubtedly result in military action being taken.

Furthermore, to even guarantee the closure of the Strait, Iran would need a huge amount of resources from its ageing naval forces. The tired old fleet would not be able to match the sophistication of foreign forces, so any attempt would be futile.

Iran Disqualifies Its Own Female Record Hold in Athletics

By Jubin Katiraie Iran’s Athletics Federation has invalidated its record for the fastest...

US acts against groups aiding Hezbollah

AP: The Bush administration took action Tuesday against an...