China Should Cut Ties to Iran 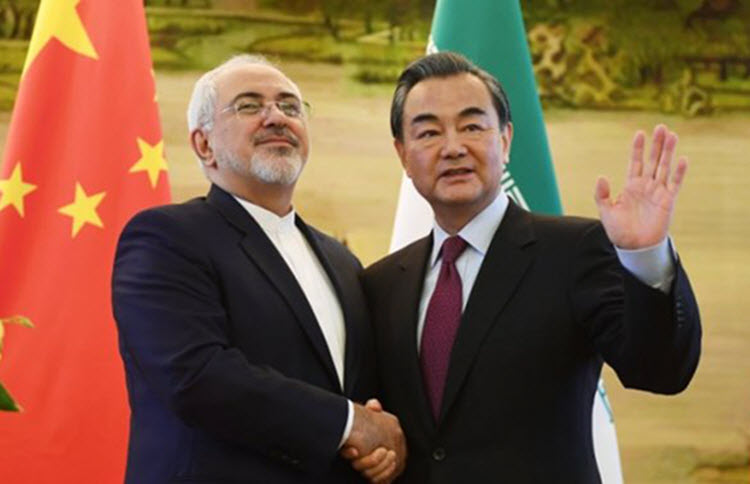 London, 12 Sep – Iran may be turning towards China for support as US sanctions put pressure on the Gulf nation, because Chinese businesses are eager to build relationships with Iran, as Western businesses leave, and China is one of the biggest importers of Iranian oil, something that will come under U.S. sanctions in November.

A. Tabatabai, an associate political scientist. who recently co-authored a book exploring Iran’s ties with China and Russia, said: “[Iran] has had to rely on China to offset the Western-induced isolation, predominantly championed by the United States. I think that what we’re going to see is the return of a quasi-monopoly of key sectors of the Iranian economy by the Chinese.”

Iran was China’s third-largest source of crude oil imports until 2012, when the US last imposed sanctions on Iran, and this oil was crucial to keeping the country running. But the US and its European allies put pressure on China to cut it imports of Iranian oil because Iran was using the money to build nuclear weapons.

Then when Western sanctions were lifted in 2016, China jumped right back in and is reluctant to jump out again because of new US sanctions. Indeed, China has stressed on numerous occasions that they want the nuclear deal to continue and Chinese Foreign Ministry Spokesman Lu Kang has defended their continued relationship with Iran as recently as August.

Peter Harrell, a fellow at the Washington-based Center for a New American Security and a former US diplomat who worked on Iranian sanctions issues with Beijing, said: “China is a vast economy and has enough middle-sized companies that don’t have a lot of exposure to the US that Iran is going to be able to continue large quantities of trade there, assuming the Chinese government lets that happen and wants that to happen.”

The thing is that China does want that to happen. They want Iranian oil and as more of Iran’s customer drop out because of the threat of US sanctions, they see the opportunity to get plenty of oil on the cheap, with increased rumours that China will take over energy projects abandoned by European firms.

It’s a fairly symbiotic relationship, with Iran desperate for cash and China needing more oil to support its growing population, but it will prove destructive for the rest of the world.

After all, the US sanctions on Iran were not put in place on a whim. Donald Trump is re-imposing sanctions set by Barack Obama after Iran did not live up to its side of the agreement in the 2015 nuclear deal. The US has provided evidence that Iran violated the terms of the deal, by continuing to test ballistic weapons and continuing work on its nuclear programme in secret. Add to that Iran ’s domestic repression and support for terrorism in the Middle East and around the world, and you can see that Iran is a dangerous state to support in any manner.

China should not sacrifice global security in order to get cheap oil and invest in a failing dictatorship. The Chinese government should withdraw from the nuclear deal, cut oil imports from Iran, and treat it as a rogue state.

The Times: President Ahmadinejad faces a confrontation with Iran’s...

AFP: Iran on Sunday called for fresh proposals from...