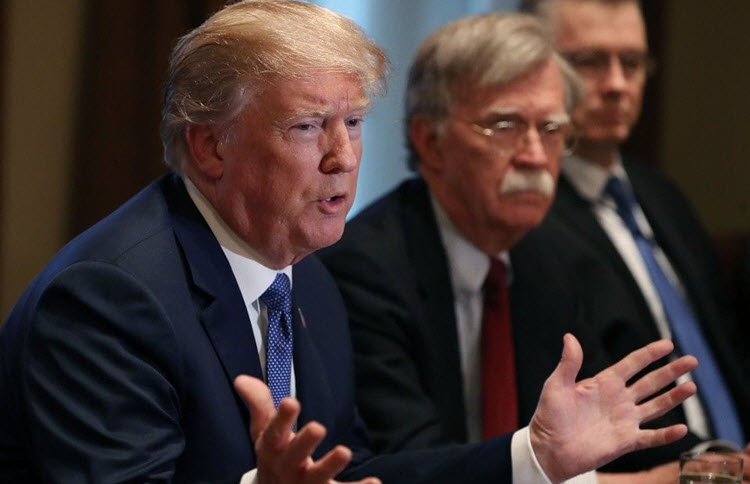 London, 19 Sep – Back in May, when Donald Trump formally announced that he would be pulling out of the 2015 nuclear deal, there was a great deal of concern that this would either dramatically increase oil prices and damage the American economy or fail to stop international companies from trading with Iran and allow Iran to restart its nuclear weapons programme without oversight. As of yet, neither has happened.

Instead, Iran’s crude exports are plummeting nearly two months before the sanctions go into effect, as global oil companies – even those based in countries still committed to the deal – are cutting their ties to the country. Despite this, oil prices in the US have not risen as dramatically as was feared, essentially remaining stagnant, largely thanks to the increase in oil production by the US and other oil-producing countries.

This new aggressive policy on Iran appears to be working in Trump’s favour and the US can likely whether any retaliatory attacks from Iran, whether it be closing the Strait of Hormuz or renewed cyber attacks.

On November 4, US sanctions on Iran’s oil industry will come into place and companies that buy, ship or insure Iranian oil will be excluded from the American financial system; something certain to hit the Iranian oil industry hard as oil makes up about 70% of the country’s exports by value. And this could prove the downfall of the Regime.

Amy Myers Jaffe, a senior fellow specializing in energy at the Council on Foreign Relations, said: “For Iran, it shows the leverage that they have had through oil has not only diminished but may never return. People just don’t care if they are going to lose business in Iran. People don’t feel desperate for supply.’’

Even countries that are opposed to US sanctions on Iran are feeling the squeeze and are withdrawing from Iran or cutting the oil imports, like South Korea, France, India, and Japan. It’s noteworthy that France is actually a signatory to the nuclear deal.

Secretary of State Mike Pompeo announced that the administration wanted Iranian oil exports reduced to “zero from every country or sanctions will be imposed”.

According to conservative think tank The Foundation for Defense of Democracies, as of early September, 71 foreign companies planned to withdraw from Iran, 19 intended to stay and 142 had not commented.

David Adesnik, the foundation’s director of research, said: “Big international companies have to ask themselves what risks are they willing to take on. Even if you don’t have a business in the U.S. you can be cut off from our financial system, and that’s not something a truly global firm can afford.”

Investor’s Business Daily BY KEN BLACKWELL Now that we...