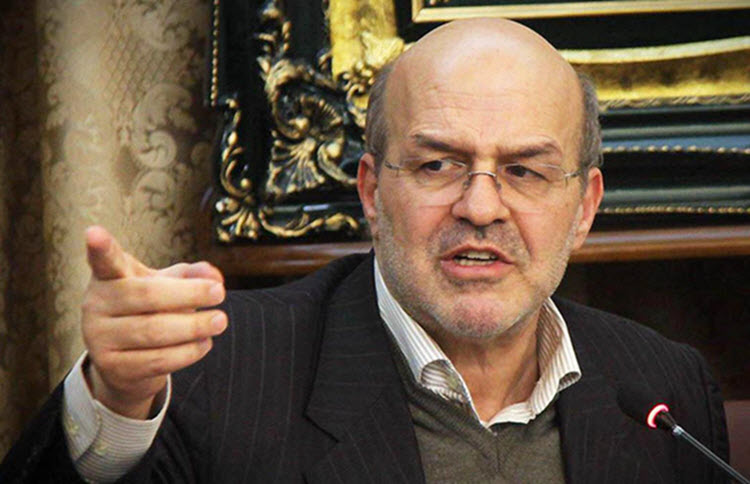 London, 25 Sep – In a rare and bold rebuke, the Islamic Revolutionary Guards Corps (IRGC) has been strongly criticized by the head of Iran’s Department of Environment, Issa Kalantari.

The former Minister of agriculture, Kalantari, criticized the IRGC for its meddling in the agricultural sector, as well as wasting the country’s financial resources on ineffective projects. He pointed out that Iran’s Ministry of Agriculture cannot devise and implement effective policies because it is “under the influence of military institutions.” Military leaders make key decisions on agricultural issues that are often counterproductive.

Several environmental activists and workers have been arrested on espionage charges by the IRGC, and Kalantari implied that the arrests may have stemmed from their questioning of IRGC policies regarding environmental and agricultural issues.

Recently, former head of the IRGC’s Basij Organization, Mohammad-Reza Naqdi, claimed that Iran has the capacity to produce sufficient food for 1.5 billion people.

However, Kalantari explained, “When General Naqdi expresses an opinion as a military official saying that Iran has the potential to produce food for a large number of people and our scientific associations remain silent to such an assertion, it makes all decision-makers go astray.”

The growing militarization of the Iranian economy is demonstrated by the IRGC’s involvement in the agricultural sector. According to Kalantari, because the IRGC considers global warming a foreign conspiracy, it obstructs efforts that confront adverse changes in climate.

The Guards previously announced that its forces are involved in an effort to push forward the country’s policy of “resistance economy” and self-reliance. Major General Mohammad Ali Jafari, the IRGC’s Chief Commander, said at a meeting of Iranian scientists and technology experts, “Sepah, in addition to other missions, has recently entered the fields of agriculture to assist the resistance economy.” He pledged, “God willing, Sepah will be the first to seek and purchase domestic technological products.” He urged Iranian entities to buy domestic products instead of importing foreign merchandise. Further, Jafari gave the head of the Basij Organization the task of developing a means of ensuring that priority is given to the purchase of domestic products.

The involvement of the IRGC in Iran’s environmental challenges have escalated issues. Many water management and environmental experts and activists have been arrested on dubious charges by IRGC agents in collusion with the Judiciary, and accused of working for foreign intelligence agencies. These environmentalists are considered a threat to Iran’s destructive construction projects, as they question IRGC-built dam projects, which serve to exacerbate water scarcity and land degradation in the country.

These arrests come at a time when environmental issues have triggered anti-government protests across Iran, making environmental activists a prime target for the regime, who continues to attempt to quell the unrest.

Reuters: NATO urged its members on Monday to do...