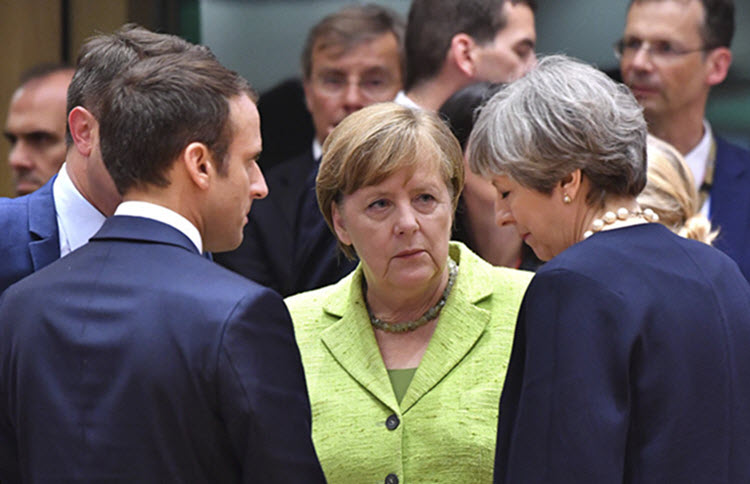 London, 26 Sep – Back in May, shortly after Donald Trump had pulled out of the Iran nuclear deal, a senior US official told EU diplomats to stop trying to protect EU investment in Iran.

Now, just six weeks before the second wave of US sanctions hits, European diplomats are admitting that he was right, noting that the EU has failed to create a workable legal shield for its companies in Iran that will evade US sanctions.

Indeed, many companies including Total, Moller-Maersk, Peugeot, Renault, Air France, British Airways, Deutsche Telekom and Airbus have already pulled out and EU-Iranian trade is expected to fall well below its current $2.35 billion a month once sanctions on Iranian oil come into play.

But bizarrely, rather than pull out of the deal too, Europe is trying to help Iran get benefits from the deal in Russia and China to avoid the total collapse of the accord.

The deal, also known as the Joint Comprehensive Plan of Action (JCPOA), lifted sanctions on Iran in exchange for restrictions on its nuclear programme that never actually stopped Iran from developing a nuclear weapon.

The EU has tried to counteracter US sanctions with euro-denominated finance lines and making it illegal for EU firms to abide by US sanctions, but many companies would rather face EU fines than being barred from the US financial system and the idea of European central banks to pay Iran directly for oil in Euros was too politically sensitive.

One senior European diplomat said: “When the sanctions really start to hurt at the end of the year, it will make it much harder because what we will have on the table won’t be enough.”

Now Europe is set to try the Cold War-style barter system to exchange Iranian oil for European goods, but the complexity of the system should show how desperate both Iran and Europe have become.

One senior diplomat, who spoke on condition of anonymity, said: “It’s very complicated and I think it would only work in a limited way.”

European Commission President Jean-Claude Juncker has proposed that the global currency is changed to the Euro to allow oil to be sold in Euros rather than US dollars, but if the idea of merely paying for oil in Euros was too politically sensitive, then what is this idea? Also, China has been trying and failing to do the same thing with their currency for years.

One Western official has said that this feels like “strategic messaging”, trying to show Iran that the European capitals are trying to work something out, in the hope that Iran will wait it out.

Sanam Vakil, a senior associate fellow at Chatham House, a London-based international think tank, said that Europe doesn’t “have the political strength and time to be able to offer Iran anything serious or significant.”

AP: Iran has started construction on a $10 billion...