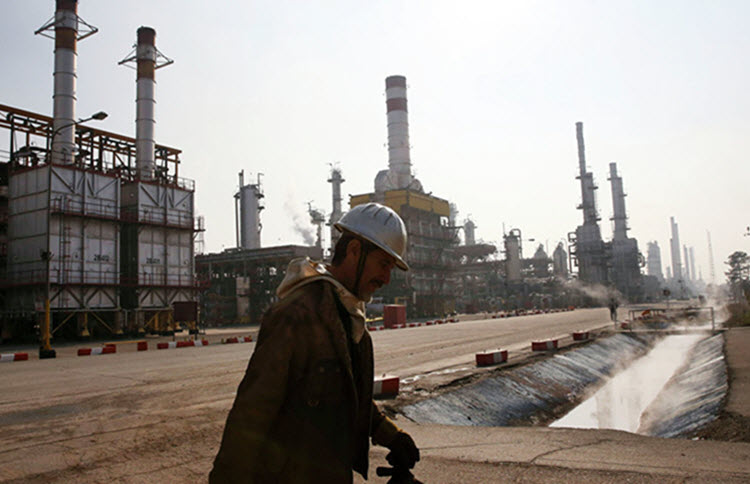 London, 26 Sep – Oil exports by Iran are declining ahead of the second round of US sanctions that is due to be imposed from November 4, which will likely lead to the Iranian economy contracting by 3% this year and 4% in 2019, according to the Institute of International Finance.

On Tuesday, the IIF, which represents major banks and financial institutions from around the world, said that exports of crude oil and condensates from Iran had dropped by 0.8 million barrels per day (bpd) from April to September 2018, according to their estimates.

In a note on the Iranian economy, the IIF said that Iran’s oil exports are falling despite the desperate slashing of their prices and the fact that Iran is using its own tankers to ship products to China and India at no extra cost. The Iranian oil industry is making further concessions by allowing payments in euros and Chinese yuan instead of US dollars, which could clear the way for barter trade and cash payments as US sanctions are enforced.

This report comes at the same time as the United Nations General Assembly, where Donald Trump is putting the focus squarely on the Iranian Regime and their malign behaviour in the Middle East and around the world.

On Monday, the remaining parties to the 2015 Iran nuclear deal – Britain, China, France, Germany, and Russia – met with Iran to discuss how to keep trade going between them and the Gulf nation, despite worldwide scepticism that this is even possible. They said that they were determined to develop payment mechanisms to continue trade with Iran and to circumvent U.S. sanctions.

US Secretary of State Mike Pompeo argued on Tuesday that the European Union’s plans for a “special purpose vehicle” (SPV) to evade sanctions was deeply counterproductive.

The IIF said that the system, which would be based on bartering Iranian oil for European goods to prevent money changing hands, similar to the system used by the Soviet Union during the Cold War, would likely fail to convince major European companies to do business with Iran as they would still fear US sanctions.

The IIF said: “Iran may continue to be committed to the 2015 nuclear deal providing the EU and others do the same. However, failure to renegotiate the deal with the U.S. would likely bring about even deeper damage to Iran’s economy.”

The nuclear deal was supposed to provide sanctions relief in exchange for a limit on Iran’s nuclear programme, which never materialised.

Wall Street Journal: The Iranian regime has developed, with...