Iran’s Loadings Halved by China’s Sinopec Due to U.S. Pressure 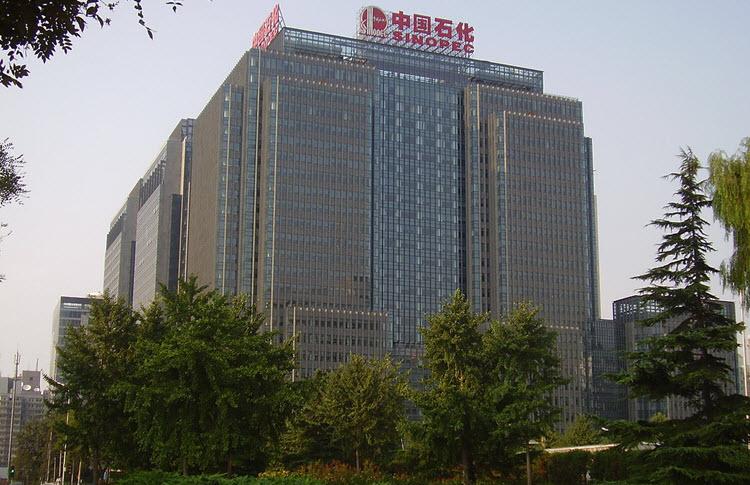 London, 1 Oct – As China’s state refiner, Sinopec Corp, comes under intense pressure from Washington to comply with a U.S. ban on Iranian oil from November, people with knowledge of the matter said that the company is halving loadings of crude oil from Iran this month.

Volumes were not specifically identified, but based on the prevailing supply contract between the top Chinese refiner and the National Iranian Oil Company (NIOC), its loadings would be reduced to about 130,000 barrels per day (bpd) — 20 percent of China’s average daily imports from Iran in 2017.

This is a blow to Tehran. who believed that its major oil client would maintain imports when other buyers halted purchases to avoid U.S. sanctions.

The Hong Kong and New York-listed state oil company is making its deepest reduction in years, in face of direct pressure from a U.S administration determined stop the flow of petrodollars to the Islamic Republic.

Senior U.S. officials visited the refiner last month in Beijing, and demanded steep cutbacks in Iranian oil purchases, according to sources. “This round is completely different from last time. Then it was more of a consultative tone, but this time it’s almost like an ultimatum,” said the source.

Due to the sensitive nature of the matter the sources declined to be identified. As well, Sinopec declined to comment.

Since July, Sinopec and state-run trader Zhuhai Zhenrong Corp have shifted their cargoes to vessels owned by National Iranian Tanker Co (NITC) to keep supplies flowing amid the reinstatement of economic sanctions by the United States. But, it is difficult for Iran to secure insurance for its oil vessels, because European and U.S.-based re-insurance firms are bringing their Iranian business to a halt.

Whether Zhuhai Zhenrong also reduced loadings this month is unclear. The state trader is contracted to lift some 240,000 bpd from Iran, mainly to feed Sinopec refineries. Also unclear is if Sinopec and PetroChina are cutting loadings from their upstream investment in key Iranian oilfields that total between 100,000 to 150,000 bpd. These loadings are separate from their annual supply contracts.

Beijing has defended its $1.5 billion a month energy trade with Tehran, as transparent and lawful. However, many oil refineries that come under Sinopec were built many years ago, and are designed specially to process Iranian crude. These plants have maintained long-term supply contracts with Tehran.

Ahmadinejad lashes out at Iran’s ex-presidents