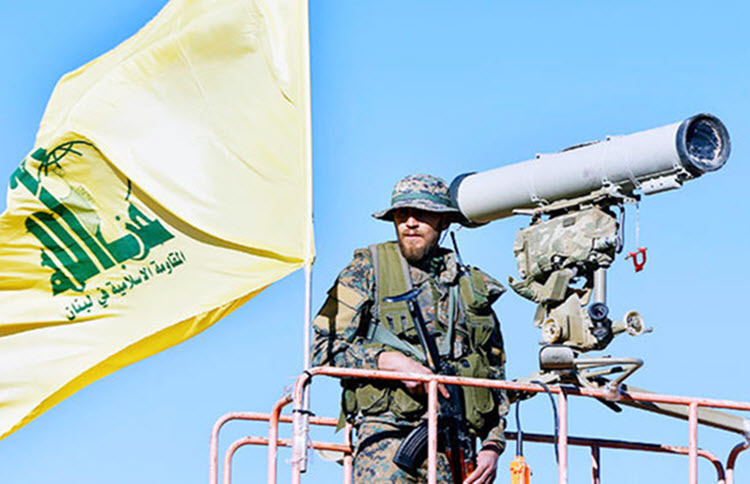 London, 1 Oct – Home Secretary of the United Kingdom, Sajid Javid, will announce at next week’s Conservative Party Annual Conference the decision to proscribe the Iranian-backed, Lebanese-based terror organization Hezbollah in its entirety, following formal reconsideration of the UK’s position on the Iranian sponsored terrorist group.

In July, Stephen Crabb MP attacked the “entirely artificial distinction” between Hezbollah’s two wings. In fact, Hezbollah’s own leadership mocks the idea of two separate entities. The Home Secretary is expected to announce that he will be taking action to ban all parts of Hezbollah.

Reportedly, an assessment by the Home Office says that Hezbollah “is committed to armed resistance to the state of Israel and aims to seize all Palestinian territories and Jerusalem from Israel.”

Islamists in London took part in the annual Al Quds Day rallies and waved the group’s yellow flag to express support for what the terror group claims is its “political wing” — a false distinction.

After the rally, MP Joan Ryan wrote to Javid in June, to say she was “appalled that the government should once again have allowed this Iranian-inspired hate fest to take place on the streets of London.” She added, “I fail to understand why the Home Office has not heeded the repeated warnings raised by LFI MPs and the Mayor of London over the past year. I have today requested an urgent meeting with the Home Secretary to discuss this matter.”

The new Foreign Secretary, Jeremy Hunt, recently labeled Hezbollah an “outrageous, disgusting” organization. Hunt is eager to find ways to put pressure on Iran in the wake of its refusal to release the Iranian dual national Nazanin Zaghari-Ratcliffe. He has accused Iran of using her as a diplomatic pawn.

The call to ban the group has been a longstanding demand of the British Jewish community, and many Tory MPs are eager to use an outright ban to contrast the Conservative approach to antisemitism with that of the Labour party.

America, Canada, Israel, and the Arab League already consider Hezbollah in its entirety a terror group. The EU currently only bans the “military wing.”

Until recently the government has argued that the political wing is not proscribed because ministers, acting on security service advice, have to strike a balance and maintain contact with the Lebanese government, of which Hezbollah is a member. Opposition leader Jeremy Corbyn, during a meeting in parliament in 2009, referred to members of Hezbollah and Hamas as “friends.”