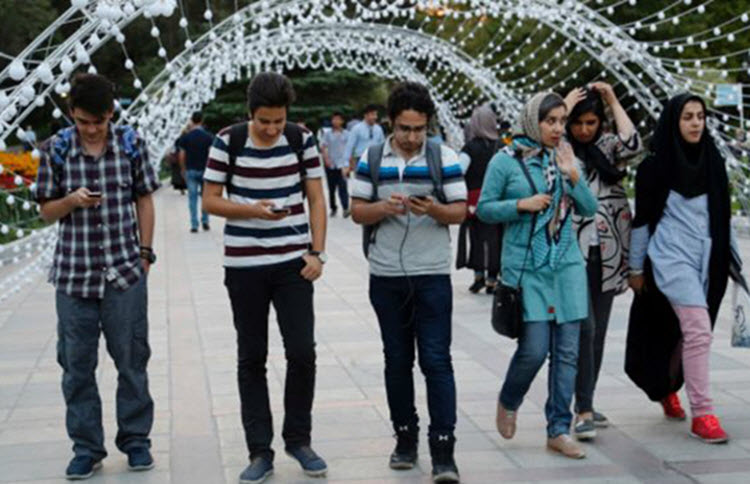 London, 28 Sep – While the mullahs in Iran rage on about the “Great Satan” and scream that their people hate the US, the young people in Tehran and other major cities are enjoying Western media and culture. In fact, 60% of Iran’s 82 million people are under 30 and many of them are obsessed with Western pop culture.

Mohammadreza Azali, 31, co-founder of Iran’s tech news website Techrasa and a tech road show called Silk Road Startup, said: “We love American music. We watch American TV series and movies… Whatever is trendy in the U.S. is trendy in Iran.”

While Saeed Mohammadi, who co-founded Iran’s e-commerce platform Digikala, said: “This generation, this post-revolutionary generation, we don’t accept extremism. There are lots of us. We have the potential to revolutionize this country within a decade.”

Given the war of words that played out between the US and Iran at the UN General Assembly earlier this week, you’d be forgiven for forgetting that the people of the two nations aren’t so different after all.

Showdown at the UN

On Tuesday, Donald Trump told the UNGA that the Iranian regime is set on a course of “chaos, death, and destruction”, vowing to impose tough new sanctions on Iran’s energy and banking sectors from November 4, which are predicted to increase global oil prices and further wreck Iran’s already damaged economy.

These sanctions are no surprise – they were promised when Trump pulled out of the 2015 Joint Comprehensive Plan of Action (JCPOA), known informally as the Iran nuclear deal, citing that the deal didn’t help stop Iran from developing a nuclear weapon or its other malign behaviour.

Iranian president Hassan Rouhani told the UN on Tuesday that the US was clearly attempting to overthrow his government, although US policy says differently.

Further, US national security advisor John Bolton urged the world to isolate Iran and warned the Gulf State that there would be “hell to pay” if it threatened a US ally.

But despite this, the other countries that signed on to the Iran nuclear deal are still trying to keep in going through increasingly desperate means, i.e. a barter system where Iranian oil is exchanged for European goods. However, this bizarre option is still subject to US sanctions and will not work in practice.

Even before Trump took office, it was hard for international companies to do business in Iran as dozens of non-nuclear sanctions remained in place.

Now, many Western businesses are pulling out left, right, and centre, concluding that any investment in Iran was too risky. French energy giant Total, French automaker PSA, Boeing, Air France and British Airways have all scrapped their business plans with Iran.

AFP: An operation by US and Iraqi forces south...