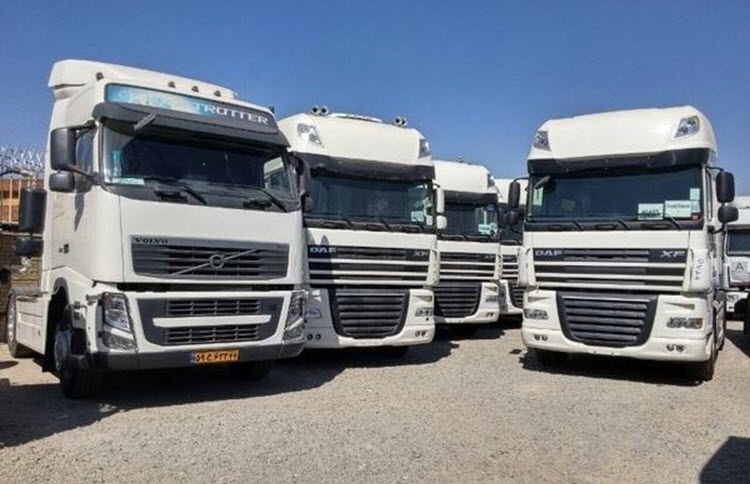 London, 3 Oct – Some of Iran’s leading prosecutors have threatened the country’s striking truck drivers with execution, according to state-run media.

On September 30th, the strike entered its second week. The truck drivers are protesting what they call “terrible working conditions”. They are demanding better pay, pensions, and stronger trade unions, as well as government subsidies to buy such things as tires and expensive parts that must be imported.

Iran’s currency crash makes imported parts very expensive, yet neither the drivers’ pay, nor their cargo fees have increased.

– those who fully own their trucks

– a minority, who work for truck owners

Most of the truck drivers work for the government, as it is the largest importer and distributor of commodities.

Now, dozens of striking truck drivers are being detained across the country.

State-run Mehr News Agency (MNA), reports that the city of Zarand’s Prosecutor-General Mehdi Qawidel called the detainees “opportunists and profiteers” whose strike was a “provocation by hostile foreign governments.” Qawidel threaten the drivers, saying that they should be treated as criminals who deserve to be hanged.

Mohammad Ja’far Montazeri, the Islamic Republic’s Prosecutor-General, also threatened the striking truckers with death on September 27th. He said that anyone who disrupts the transportation of goods will be considered a criminal and may face the death penalty.

Ali Salehi, the Public and Revolutionary Prosecutor of the city of Shiraz, warned the truckers that they will be “seriously dealt with.” He said, “Anyone who obstructs the supply of goods and services in any way will be seriously dealt with according to the law.” He said the strikers could face charges ranging from disturbing public order and security to deliberate damage to property. He added that these “crimes” may even be considered Moharebeh (fighting God).”

Judiciary spokesman, Gholam Hossein Mohseni Ejei, stated on September 30th, “Those provoked by the enemy to disrupt the transport system should be reminded that a heavy punishment is waiting for the rabble-rousers.” State-run Iran Students News Agency (ISNA) also cited Ejei as saying, “All the prosecutors across the country have been called up to detain disrupters with the help of security forces without hesitation.”

During the truckers’ strikes last summer, some 70 truck drivers were arrested in Fars and Qazvin provinces, and in the city of Pakdasht southeast of the capital, Tehran. After the government agreed to meet their demands, the truckers returned to the road.

But government failed to make good on its promises, according to the drivers’ representatives. Therefore, they have renewed their strike.

In this recent round of strikes, a judiciary official in Kerman Province reported on September 30th, that another seven strikers have been taken into custody in his province alone.

Khane-ye Mellat (the House of the Nation), the Iranian parliament’s official website, along with other local news outlets, has published a letter signed by 175 MPs in calling on President Hassan Rouhani’s administration to meet the truckers’ demands.

Many oil truck drivers have joined the strike, which is a great concern to the Islamic Republic’s establishment, as it will disrupt fuel distribution across the country.

The Times: THe President of Iran, Mahmoud Ahmadinejad, has...