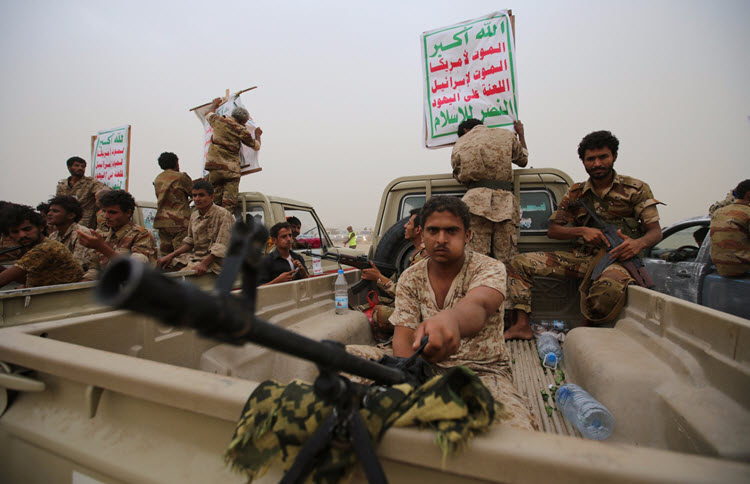 London, 3 Oct – In an op-ed written by TIP Senior Fellow Julie Lenarz and published on Thursday, she claimed that after Iranian-backed Houthi rebels failed to attend peace negotiations in Geneva, the capture of the port of Hodeidah by Coalition forces is the only way to end the conflict in Yemen.

Lenarz said, “Iran’s use of Yemen as a southern gateway to attack Gulf states via Houthi missile attacks, primarily aimed at the UAE and Saudi Arabia, has been one of the most concerning developments of the conflict,” adding that, “Their ability to wage proxy war on the region, which has seen nuclear power plants, civilian airports and oil tankers all targeted, may well be curtailed by the capture of Hodeidah.”

After a hiatus in fighting to allow UN peacekeeper Martin Griffiths a chance to find a diplomatic solution to the crisis, the Coalition offensive in and around the strategic port has restarted in earnest.

Lenarz argues that it is now clear that the Houthis used the hiatus to “significantly strengthen and further entrench their forces” in Hodeidah. She explained, “Ending Houthi control of Hodeidah must be a first priority to alleviate the suffering of the Yemeni people and provide new momentum for finding a long-term solution to the conflict,” and observed, “With the failure of peace talks, critics of the offensive have yet to suggest an alternative.”

According to Lenarz, 70% of Yemen’s aid is channeled through the port, as well as illicit weapons shipments from Iran. “The removal of the Houthis’ ability to illegally import arms and heavy weaponry from Iran via the port will add a further incentive for the Houthis to finally take peace talks seriously, ending a military lifeline that has enabled them to prolong the fighting,” she said. “Only the retaking of strategic Houthi positions in and around Hodeidah by the Coalition can force their hands, finally bringing the rebels to the table and in time end this destructive conflict.”

As well, Joshua S. Block, CEO & President of TIP, wrote an op-ed published on August 18th, saying that since they took control of the port city in October 2014, “the insurgency group has been found time and again to mismanage vital humanitarian deliveries in order to serve their selfish political ends,” He accused the Iranian-backed rebels of blocking aid deliveries, threatening volunteers, and blocking wounded civilians from being transferred, in what Block called “a cynical infringement of basic humanitarian law.” Block insisted, “It is therefore imperative for the UN to take this lifeline out of Houthi control.”