Solving the US-EU Debate on Iran 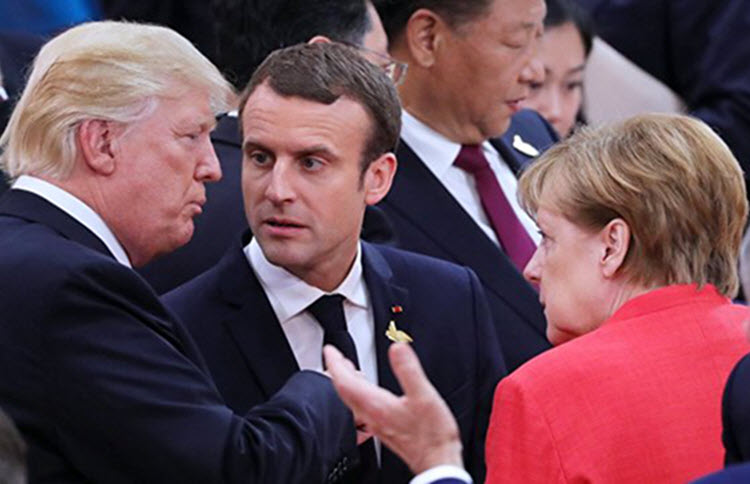 London, 19 Oct – Tensions are rising between the US and the EU over the issue of Iran sanctions – Europe has announced a “special purpose vehicle” to evade US sanctions and the US has threatened to blacklist any company that uses it – but they need to come back together to fight the real and present danger of the Iranian Regime.

Europe’s special purpose vehicle to handle transactions between Iranian and European companies will not help evade sanctions on the Iranian Regime. First, no company wants to be blacklisted by the US and face all of the problems that brings.

Second, many companies have already pulled out of Iran rather than face US sanctions, so there aren’t that many companies that could use it, even if they wanted to. Third, as past experience shows us, it is incredibly hard (and expensive) to set up payment channels in a global economy that can protect against US pressure.

Thus, in order to not waste precious resources, Europe should abandon that idea and start working to comply with US sanctions, which would mean that the only things Europe could export to Iran would be food and humanitarian aid. After all, Europe has largely cut its oil imports from Iran anyway.

Europe should also impose of targeted sanctions on specific malign actors in Iran, as the US has already done.

Peter E. Harrell wrote on Foreign Policy that the US should consider refocusing Iran sanctions on the price that it can be paid for its oil, rather than the volume exported, at least as a temporary measure.

He wrote: “A better strategy would be for Congress and the Trump administration to authorize a significant reduction for countries that reduce either the volume or the value of crude oil purchases. Changing the focus to would let countries in Europe and elsewhere keep importing similar volumes of Iranian crude as long as they receive dramatic discounts below global prices from the Iranians.”

He explained that the drive to slash Iranian oil imports to zero has driven up oil prices while global supply is tight, but that this strategy could keep oil prices down, appease Europe, and punish Iran. They could even keep the money frozen in special accounts, which would lessen the harm that the Iranian Regime could do. After all, it’s the revenue Iran gains from oil exports that present the problem to global security, by allowing Iran to fund terrorists and missile programmes.

UPI: Iranian President Mahmoud Ahmadinejad has reiterated that his...