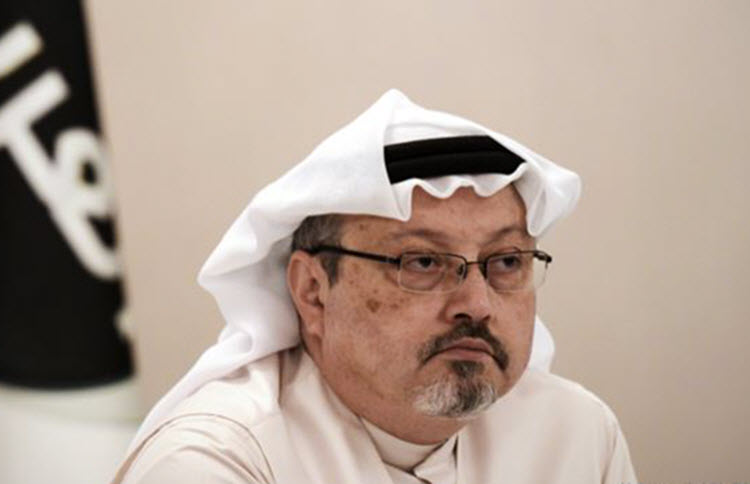 London, 24 Oct – On Tuesday, Radio Free Europe / Radio Liberty published an article discussing the Iranian reaction to the apparent killing of Saudi journalist Jamal Khashoggi by agents of the Saudi Arabian government. The article began by stating that “Tehran spent weeks watching quietly as the international crisis unfolded over the killing.” It noted that Sadegh Larijani, the head of the Iranian judiciary, finally condemned the incident on Monday, but that this effectively broke the government’s weeks-long silence, standing as an exception to its strategy of simply allowing other international voices to take the lead in criticizing Iran’s leading regional adversary.

The RFE/RL article offered several explanations for this muted response. Arguably the most obvious of these is the notion that the Iranian leadership fears opening itself up to credible accusations of hypocrisy if it takes too prominent a role in encouraging and directing the criticism of Saudi human rights violations. In fact, the article quoted one Iranian official as saying, “If Iran entered the stage, the West’s campaign would be guided from Riyadh toward Tehran. The Western media would revive all the cases they have in past decades attributed to Iran.”

RFE/RL went on to say that this official, former nuclear negotiator Hossein Musavian, appeared to be referring, at least in part, to the numerous extrajudicial killings that were carried out across Europe and the Middle East in the 1980s and the 1990s, targeting Iranian dissidents such as those affiliated with the People’s Mojahedin Organization of Iran. The article also noted that these “chain murders” gave rise to attempts by the Iranian government to explain away the killings in much the same way as the Saudi’s sought to explain away the killing of Khashoggi, by describing them as the actions of rogue intelligence agents operating without the approval of the government itself.

Despite the clear parallel, Larijani specifically called attention to this aspect of the Saudi case in breaking the Iranian government’s silence. The judiciary chief also advanced a claim that would soon be picked up by Iranian President Hassan Rouhani, that the initial Saudi efforts to conceal the killing had been carried out “with the help of the West,” despite the fact that Western governments were among the first to condemn the apparent assassination and begin exerting diplomatic and economic pressure on the Saudi government in response.

On Wednesday, Reuters quoted Rouhani as saying, “I don’t think that a country would dare commit such a crime without the protection of America.” And while the headline of that Reuters report characterized this as a specific commentary on the longstanding alliance between the US and Saudi Arabia, the actual phrasing is indicative of a much more general commentary on Middle Eastern affairs. In this way it invites other commentators to falsify Rouhani’s claim by pointing to any of the myriad human rights abuses carried out by the Islamic Republic at times when it was subject to unmitigated pressure from the US and its European allies.

Human Rights Watch performed this role even before Rouhani had made his statement. On Monday, the non-government organization sought to keep some of the world’s attention focused on those who are under threat of death inside the Islamic Republic. Its brief article focused on the case of Arash Sadeghi, a political prisoner who has been deprived of adequate medical treatment after undergoing cancer surgery, and is now suffering from severe infection. But Human Rights Watch noted that Sadeghi is only one example of those activists, journalists, and perceived enemies of the Islamic revolution who are subjected to imprisonment and subsequent torture at the hands of the Iranian regime. The article concluded by criticizing European Union member states for maintaining economic relations with Iran while exerting inadequate pressure on the regime, and it urged them to “speak up” to save lives.

Such statements implicitly urge those same states to avoid losing sight of longstanding Iranian human rights issues even as the world’s attention is partially dominated by the Khashoggi incident. And this may serve as a partial explanation for why Iran has apparently broken its silence on that topic. Larijani and Rouhani are not alone in having made public statements condemning the Saudis and attempting to tie the killing to the US this week. And in his own words to this effect, Iranian Foreign Minister Javad Zarif hinted at his government’s anxiety over the possibility that the incident will not turn global sentiment entirely against Saudi Arabia and thus in Iran’s favor.

According to Reuters, Zarif posted to Twitter on Wednesday in order to accuse the US of imposing new sanctions solely in order to distract attention away from the Khashoggi killing. This notion is seemingly contradicted by the fact that the sanctions in question – targeting Afghanistan’s Taliban militant group and the rising levels of Iranian influence over it – coincided closely with US President Donald Trump strengthening the tone of his response to Saudi denials, after having previously accepted them as credible. Furthermore, the latest sanctions are recognizably part of an ongoing pattern of intensified US pressure, which began long before the Khashoggi incident and even before Trump’s announcement of US withdrawal from the 2015 Iran nuclear deal.

Nevertheless, Zarif used his Twitter posts to extend the well-worn Iranian strategy of denying highly sourced accounts of Iran’s human rights abuses and terrorist sponsorship, while also trying to turn those same accusations against the US and its allies, without reference to supporting evidence.

“To deflect from headlines on Saudi brutality in Istanbul and across Yemen, US Treasury — while in Saudi Arabia, no less —sanctions Iran for ‘supporting’ anti-Iran Taliban. Conveniently omitting that US is negotiating with the very same Taliban now & its clients have long backed it,” Zarif wrote.

While this quotation clearly implies that a lack of justification for the US sanctions, the reality is that detailed information has been released in the past year regarding high-level meetings between Taliban leadership and representatives of the Iranian government and the Iranian Revolutionary Guard Corps. The sanctions in question include those that target to IRGC officers who are known to have provided training, financing, and logistical support to Taliban operatives.

In light of such information, Rouhani and Zarif are unlikely to have much success in turning public narratives about Khashoggi and Saudi human rights abuses toward their own ends. This speaks to RFE/RL’s suggestion that the Iranian regime might have seen greater benefit from a long-term strategy of remaining above the fray and allowing the international community to criticize the Khashoggi killing on its own terms. However, given the extent of the Trump administration’s commitment to exerting pressure on Tehran, such a strategy could not have been expected to seriously insulate Iran from ongoing criticism or escalating pressure.