US and Gulf States Sanction Iranians for Taliban Support 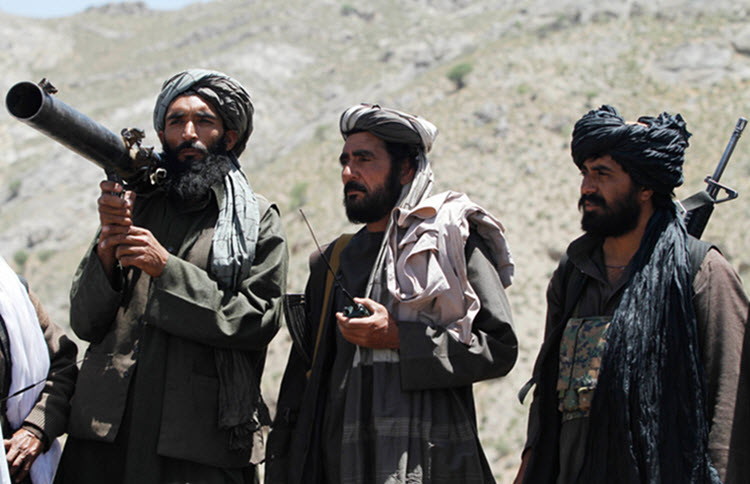 London, 24 Oct – The US and six Gulf states, including Saudi Arabia, have increased pressure on Afghanistan’s Taliban insurgency on Tuesday by designating eight people, including two Iranians linked to Tehran’s Revolutionary Guards’ Quds force, for support of the Taliban. The US-Arab coalition has imposed sanctions against the terrorist supporters.

The Terrorist Financing Targeting Center (TFTC) – a joint US-Gulf initiative to contain and counteract Iran’s support of terrorists in the Middle East and beyond – said that this highlighted Iran’s “regionally destabilizing behaviour” and justified the “U.S. maximum pressure campaign against Iran”. The TFTC was created in 2017 after Donald Trump visited Saudi Arabia.

In a statement on their website, the US Treasury Department said: “The TFTC has again demonstrated its tremendous value to international security by disrupting and exposing key Taliban members who are involved in suicide attacks, and other lethal activities. We are also targeting key Iranian sponsors providing financial and material support to the Taliban.”

The list included some prominent Taliban actors who helped to coordinate weapons shipments from Iran to the terrorist group.

US Treasury Secretary Steve Mnuchin said: “Iran’s provision of military training, financing, and weapons to the Taliban is yet another example of Tehran’s blatant regional meddling and support for terrorism.”

The listed people, which also include two Pakistanis and four Afghanis, were identified as global terrorists by the Treasury Department, which allows the US government to freeze any property or interest in property under American jurisdiction and place travel restrictions on the individuals. However, the Treasury did not say what form the sanctions would take.

The Treasury said that these sanctions targeted both the Taliban members, who are involved in terrorist actions like suicide bombings, but also Iran who provide material and financial support to the terrorists.

The Treasury statement read: “Iran’s provision of military training, financing, and weapons to the Taliban is yet another example of Tehran’s blatant regional meddling and support for terrorism. The United States and our partners will not tolerate Iran exploiting Afghanistan to further their destabilizing behaviour.”

These new sanctions follow an increased level of violence in Afghanistan, prior to the country’s parliamentary elections last week.

On Thursday, the US confirmed that Army Brigadier General Jeffrey Smiley was one of two Americans injured in an attack that killed the police chief of Kandahar. The Taliban claimed responsibility for the attack, which proved to be a devastating blow to the government and took out the security command of one of Afghanistan’s most strategically important provinces.

“Anti-vice” patrols crack down in Isfahan

Reuters: The quality of gasoline produced in Iran in...