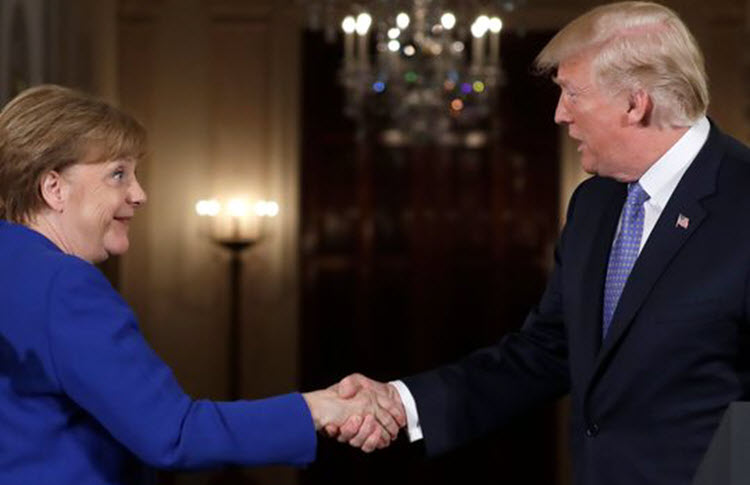 London, 25 Oct – German bank Varengold is still conducting business with Iran Air, an airline that will come under US sanctions from November 4 for its role in helping Iran to aid Syrian dictator Bashar al-Assad.

The business links were confirmed by a highly reliable source and the Iran Air website.

The Foundation for Defense of Democracies reports that members of Fatemiyoun, an Afghan militia under control of the Iranian Revolutionary Guard Corps – a US-sanctioned terrorism group – are being flown on Iran Air to Syria, but the Iran Air website hides this by not listing Damascus on its official flight logs.

The new round of US sanctions, targeting Iran’s oil exports, central bank, and airlines, will mean that any country or business linked to Iran will face being cut off from the US financial market unless they cut their ties entirely.

This has meant that many European banks are wisely staying as far away from Iran as possible in order to avoid US sanctions and those that are continuing their relationship are seeking to keep it quiet to avoid reputational damage to their financial institutions, after the US State Department declared Iran to be the world’s leading state sponsor of terrorism. Indeed, the Association of German Banks wrote in a policy paper that “Iran business is and remains risky for banks”.

Indeed, it is. Deutsche Bank paid $258 million and Commerzbank paid $1.45 billion in penalties to the US government for violating Iran sanctions. Yet, Germany remains Iran’s largest European trade partner.

US Ambassador to Germany Richard Grenell urged German authorities in June to stop the US-sanctioned Iranian Mahan Air from flying through German airspace or landing in the country.

He said: “We know that Mahan Air has been used by the Iranian Revolutionary Guard Corps as a mode of transport for weapons, resources and fighters, so we’re asking our allies to help us put a stop to it.”

While German bank executives who sit on the board of SWIFT, the cross-border financial transaction agency, may face additional US sanctions exposure next month when it comes time to decide whether to cut Iran off from the SWIFT system.

After all, 16 Republican US senators urged Treasury Secretary Steven Mnuchin in August to “impose maximum pressure on Iran” and ensure that SWIFT “disconnects the Central Bank of Iran and all other designated Iranian financial institutions”.

Meanwhile, the Liechtenstein-based Union Bank is also doing business with the Islamic Republic of Iran.

The Iranian government's most prevalent form of violence against...

U.S. Newswire: State delegations of Iranian-Americans across the U.S....