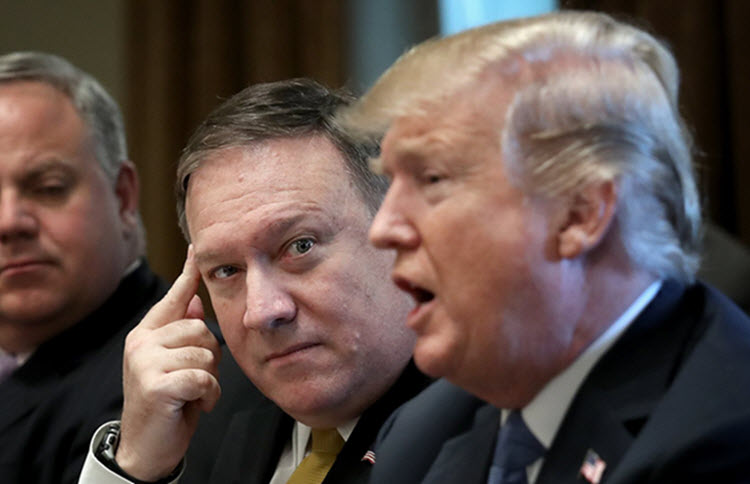 London, 29 Oct – There is a battle brewing between Donald Trump and Iran hawks in Congress over the next round of US sanctions on Iran, with many conservative lawmakers believing that the sanctions returning on November 5 do not go far enough.

These sanctions, originally lifted under the 2015 nuclear deal that Trump exited earlier this year, will target Iran’s central bank and oil industry, but Republican lawmakers fear that they are not strong enough to fulfil Trump’s promise of putting “maximum pressure” on Iran.

The group of senators and representatives are concerned that these provisions will not cut Iran off from a key component of the global financial system, so they have drafted legislation to demand that the US call for Iran to be suspended from SWIFT, the international bank transfer system.

Richard Goldberg, a former aide to a Republican senator and senior adviser to the Foundation for the Defense of Democracies, said: “The president asked for maximum pressure, not semi-maximum pressure. Maximum pressure includes disconnecting Iranian banks from SWIFT.”

On Thursday, at a gathering to commemorate the 35th anniversary of the 1983 attack on the Marine Corps barracks in Beirut, Lebanon, which is blamed on Iranian-backed extremists, Trump vowed to do anything to increase pressure on Iran and end its “malign conduct”, including nuclear and missile development as well as support for terrorist groups that destabilize the Middle East.

He said: “On Nov. 5th, all U.S. sanctions against Iran lifted by the nuclear deal will be back in full force. And they will be followed up with even more sanctions to address the full range of Iran’s malign conduct. We will not allow the world’s leading sponsor of terror to develop the world’s deadliest weapons. Will not happen.”

These sanctions will also impose secondary sanctions on countries and companies all over the world that continue to do business with Iran, but Iran hawks are worried that those will also not go far enough, after Treasury Secretary Stephen Mnuchin announced that sanctions waivers could be available to countries or companies that reduced their oil purchases by more than 20%.

The drafted legislation to require Trump to insist that Iran is cut off from SWIFT, proposed by Republican Ted Cruz of Texas, would have a safety clause that allows the US to place sanctions on SWIFT members, including some US banks, if Iran isn’t suspended.

Back in August, Cruz led a group of 16 GOP senators, including Tom Cotton of Arkansas, Marco Rubio of Florida, Thom Tillis of North Carolina and John Barrasso of Wyoming, to demand action against SWIFT if Iran is not suspended.

They said: “The administration’s maximum pressure campaign will not succeed if the Islamic Republic remains connected to SWIFT.”

AFP: The US dollar rate surged in Iran on...