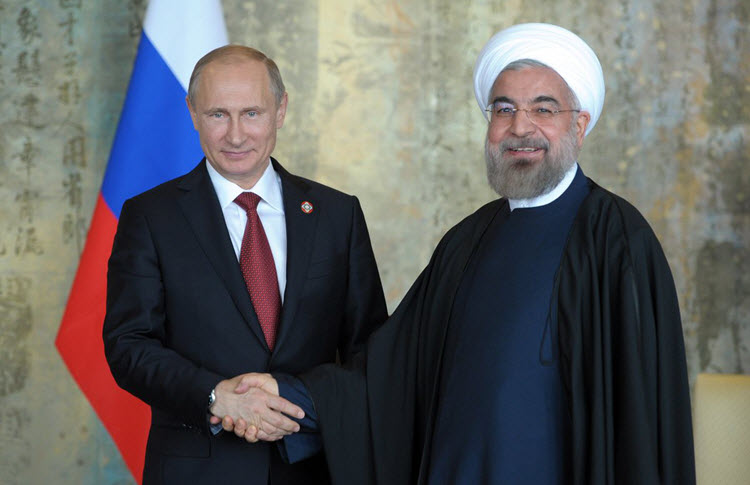 London, 12 Nov – Russia’s relationship with the Iranian Regime following the reimbursement of US sanctions is “not strategic”, according to the chair of the comparative politics department at Russia’s MGIMO University.

She explained that while Russia was planning to defy US sanctions and continue to purchase Iranian imports, that “doesn’t mean a lack of principle” or that Russia aligns itself with Iran. More importantly, Russia does recognise that the greatest threats to the Middle East are “political Islam” and “Iran’s bid for expansion of power”, so Gaman-Golutvina explained that Russia wants to end the conflict between Iran and Arab Gulf states.

The problem is that the conflict will not end whilst the mullahs are in power. This conflict helps them destabilise the Middle East and that makes the rest of the world more vulnerable; Iran will not give that up.

That’s why collaboration between Arab Gulf states and their Western allies is critical, according to Dr Anwar Gargash, the UAE’s minister of state for foreign affairs, in order to bring peace and stability to the region. This collaboration involves trying to counter and contains Iran.

He said: “New dangers (such as) terrorism, weapons of mass destruction and climate change have appeared, new movements (such as) globalization, technologies and women empowerment have emerged, and new centres of strategic and economic powers such as China, India and the Arab Gulf are developing. We need to build a strong and moderate Arab centre that takes on an increasing responsibility for addressing our common regional security channels.”

He explained that Saudi Arabia and Egypt need to play a leading role in creating a peaceful and prosperous Arab world; one that would not come to fruition while the mullahs rule Iran.

Iran is the world’s leading state sponsor of terrorism, which is the main reason that Iran’s growing influence over the Middle East needs to be stopped.

Of course, it is not only ballistic missiles that worry those at the conference and beyond. It’s the support of terrorist groups like the Houthis, cyber attacks on military computers in other countries, and the assassinations of dissidents across the world.

Gargash praised Donald Trump for walking away from the nuclear deal and advised that European allies must do the same in order to stop Iran’s menacing activities.

Reuters: Argentina's Senate approved on Thursday an agreement with...