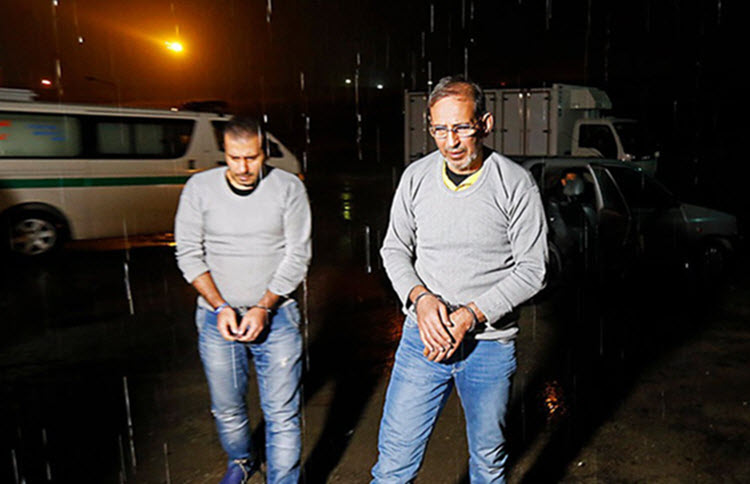 London, 15 Nov – Two Iranians were executed on Wednesday after being convicted of financial crimes in a grossly unfair “TV show” trial.

Vahid Mazloumin and Mohammad Esmail Ghasemi were convicted of illegal currency trading during the country’s ongoing economic crisis and the vague charge of “spreading corruption on Earth” in late September. It was part of the mullahs’ crackdown on alleged financial crimes as US sanctions started to take effect and further damage the economy.

Mazloumin, 58, was arrested in July for holding two tons of gold coins and he defended himself by noting that the Iranian central bank did not have any limits on the number of coins a person could hold.

Many Iranians stocked up on gold coins and foreign currencies amid the financial collapse.

The execution has sparked anger around the world, with many criticising the use of the death penalty for non-violent offences and many pointing out that the Iranian government has used these men as scapegoats as the real financial criminals are heading the establishment.

In a statement, Amnesty International’s Middle East and North Africa Research and Advocacy Director, Philip Luther, said: “With these abhorrent executions the Iranian authorities have flagrantly violated international law and once again displayed their shameless disregard for the right to life… Under international human rights law, the death penalty is absolutely forbidden for non-lethal crimes, such as financial corruption.”

In addition to criticising the use of the death penalty, Luther criticised the “grossly unfair show trial”, which was broadcast on state television, saying that the fast-track nature of this trial and the lack of a proper appeal process violated the defendants’ basic due process rights. In these special courts, defendants are denied access to lawyers of their choosing, have no right to appeal jail sentences, and are given only 10 days to appeal death sentences.

In August, Iranian Supreme Leader Ayatollah Ali Khamenei approved the establishment of special courts to deal with perceived financial misconduct. So far, at least seven death sentences have been handed down in televised trials.

At least 32 other people have been sentenced to jail terms in Mazloumin and Ghasemi’s case alone, with a third person, Hamid Bagheri-Dermani, also sentenced to death.

This has been met with concern from the UN, Western governments, and human rights groups, who cite rising rates of executions and torture in Iran as a major concern, alongside many other human rights abuses.

Daily Telegraph: The past fortnight in Najaf marks the...