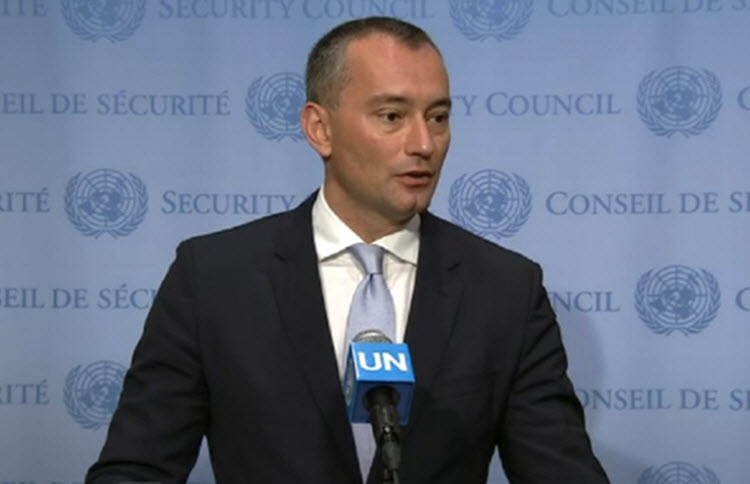 London, 22 Nov – Iran is trying to violate the terms of the ceasefire between Israel and Palestinian militant group Hamas in order to reignite a war in the Gaza strip, according to Nickolay Mladenov, the UN Special Coordinator for the Middle East Peace Process.

Speaking on Wednesday at the Jerusalem Post Diplomatic Conference in Jerusalem, he said: “There are forces out there that want to push us all into the abyss of a confrontation.”

When asked specifically about Iran’s influence in Gaza, Mladenov said: “Since the very first day that the Egyptians first brokered the intra-Palestinian reconciliation agreement in 2017, someone out there has been trying to disrupt it. I hope that together we will succeed in overcoming these forces. No one wants a war in Gaza now. It is going to be really damaging for everyone.”

Mladenov has been working with Egypt to obtain a long-term truce agreement between Hamas and Israel, something that has angered the Palestinian Authority (PA).

Meanwhile, Iran is preparing for a three-front war with Israel, in Syria, Lebanon, and Gaza, according to Israeli Prime Minister Benyamin Netanyahu, who reported that Israeli “spy-planes” are continuing to collect information about the movements of Iran-backed Hezbollah in Lebanon and Syria as well as the Iranian military build-up in Syria.

Israel is concerned about Iran’s power in all three of these areas, but why? Well, in Lebanon, Iran is helping Hezbollah to convert crude rockets into guided missiles that can attack Israel and in Gaza, Iran is attempting to reignite the Israel-Palestine conflict.

In Syria, Iran’s Quds Force – a branch of the Iranian Revolutionary Guards Corps (IRGC) – has founded the 80,000-strong so-called Golan Liberation Brigade, an umbrella organization of Shiite militias which fought in Iraq and Syria, commanded by Qassem Soleimani who is under US sanctions for terrorism.

This three-front war that Iran is desperate for was likely the reason that Iran began a mini-missile-war last week in Gaza to test the Israeli military. This resulted in an anti-tank missile being used to blow up a bus in Gaza before southern Israel was shot at with over 460 rockets; something straight out of the Iran-backed Hezbollah playbook.

In fact, Hezbollah leader Hassan Nasrallah openly admitted to supplying the missiles that attacked Israel, while Hamas leader Yahya Sinwar has openly said that Hamas and Hezbollah are working in tandem to attack Israel and bragged that Iran supplies them with “large amounts of cash, ‘equipment’ and expertise”. Notably, the short-range missile was a copy of the Iranian Falaq-2 rocket, which is yet more evidence of Iran’s involvement.

Insurgent from Iran arrested in Iraq

Sanctions against Iran to be expanded – Russia