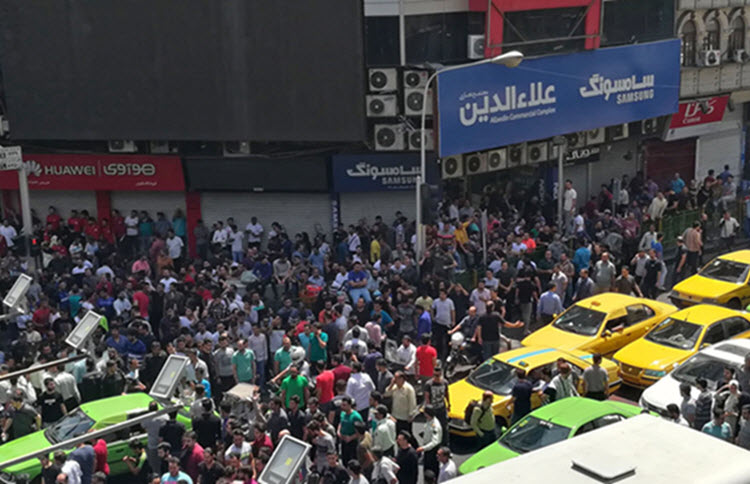 London, 28 Nov – The US has three crucial objectives that it intends to meet with its reimposition of sanctions on Iran.

First, prevent Iran from ever legally building a nuclear weapon – the Joint Comprehensive Plan of Action’s (JCPOA) restrictions run out in 2024. Second, stop Iran from supporting terrorist groups across the Middle East and beyond, while reducing its influence in Syria, Iraq, Yemen, and Lebanon. Third, to dismantle Iran’s ballistic missile program.

The overall goal, as noted by US Secretary of State Mike Pompeo is to convince Iran to act “like a normal country” and give up its revolutionary ways. However, as clearly noted by many experts on Iran, this would be an impossible task for the mullahs, so it seems as if the underlying objective is Government change.

How to bring change to Iran?

If US sanctions on Iran are to be considered successful, they must help bring about a major political breakthrough. After all, this would be the most efficient way to meet all of the objectives.

The obvious way to do this – indeed, the way that is already working – is through cutting off money to the country by sanctioning Iranian exports, namely oil and gas. The Government would have you believe that this is hurting the Iranian people, but they fail to advise that the economic hardships of the public began well before US sanctions and that they could be stopped at any point if the Government diverted money from its terror groups and proxy wars into food and healthcare for the people.

In December 2017, Iran erupted into protest after a draft budget slashed money for the poor and pilled it into the military. These protests have not died down.

The US sanctions are inevitably having some impact on the Iranian people – the Iranian economy is projected to shrink by 3.6% next year (a real term 8% drop) – but it’s the equivalent of getting a paper after you’ve broken your arm. The sanctions will actually hit Iran the most by cutting off the money they use to pay state security forces to repress the Iranian people, thereby allowing the people to stand up against the Government.

The people, who are assisted in their struggle by the Iranian Resistance, must receive the full support of the US and the world at large if we want to ensure that a free, democratic Iran can be achieved in the near future.

AFP: Iran braced for tense Friday prayers due to...