Iran’s Supreme Leader Has Final Say on Everything in Iran 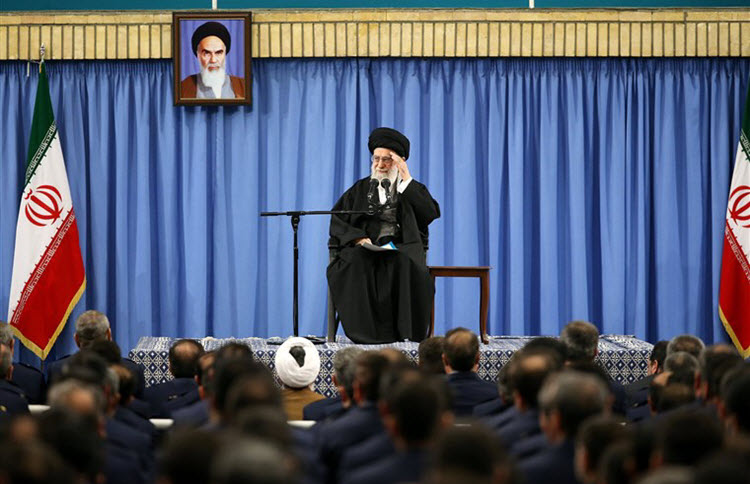 London, 7 Dec – Iran’s Supreme Leader Ali Khamenei asked the Iranian Parliament on Tuesday to amend its recent bill on retirees, claiming that it contained “gaps” after some official asked for the reinstatement of a number of retired managers.

The law, which was approved by parliament in September, banned retirees from being re-employed in the public sector and resulted in several senior officials, including some deputy ministers, being replaced by younger officials. Khamenei claimed that there are some people who cannot be substituted.

Notably, this ban didn’t apply to the supreme leader president, the speaker and vice-speakers of the parliament, members of the Guardian Council, the chief of the judiciary, ministers, legislators, and vice presidents.

Now, we’re not here to debate the pros and cons of this law. We’re here to look at how Khamenei has basically just admitted (and not for the first time) that he has the final say on all matters in Iran and is able to subvert any law passed.

This law had already passed all of the hurdles necessary in Iran, passing through Parliament and getting confirmed by the Guardian Council, a second legislative chamber appointed solely by the supreme leader. Any previous objections to the law, largely from those who would be forced to retire, as a result, were ignored. But now, the parliament has announced that the law would be reviewed and amended.

Since 1979, Khamenei and his predecessor Ruhollah Khomeini have ignored Iran’s legislative procedures and directly interfered with laws on numerous occasions. Let’s look at just a few examples.

• 2000: MPs tried to pass a law to increase freedom of the press. Khamenei wrote a letter to then-speaker of parliament Mehdi Karroubi and told parliament not to pass the law. The law was not passed despite having the support of the majority of parliament.

• 2005: Khamenei approved two presidential candidates who were disqualified by the Guardian Council, the body that actually approves candidates for election.

• 2006: Khamenei changed Article 44 of Iran’s constitution, which concerned the privatization of the Iranian economy.

• 2009: Khamenei dismissed Esfandiar Rahim Mashaei, deputy to then-President Mahmoud Ahmadinejad and forced him to appoint someone else; a violation of Iranian law.

Political journalist Jamshid Barzegar wrote: “It appears that although the role of parliament is enshrined in Iran’s constitution, in reality, MPs must consider the supreme leader’s standpoint above anything else. This rule applies to all sections, ranging from foreign policy to the country’s judicial system. It doesn’t matter whether the officials have been elected or appointed by him, the leader’s commands come first.”

Bloomberg: There are two main reasons to doubt the...