International Summit Against Iran Announced by Secretary of State Pompeo 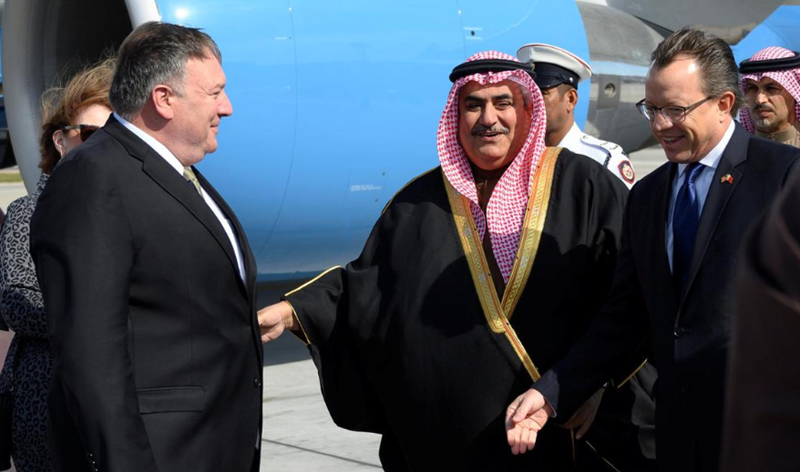 London, 11 Jan – While traveling in the Middle East, Secretary of State Mike Pompeo told Fox News in an exclusive interview, that the United States will host an international summit next month to promote stability and freedom in the Middle East. The meeting will focus on Iran’s regional influence.

Pompeo said,” We’ll bring together dozens of countries from all around the world,” when he announced the February 13-14 event in Poland. The announcement of the summit is part of the Trump administration’s “pressure campaign” against Iran that included US withdrawal from the Iran nuclear agreement and its restoring sanctions that were lifted as part of the deal. The summit is meant to bring together countries from Asia, Africa, the Western Hemisphere, Europe and the Middle East.

However, the other signatories of the agreement – the United Kingdom, France, Germany, China, Russia, Iran and the European Union remain in the agreement, and criticize Trump’s withdrawal from it.

Regarding the Trump administration’s North Korean policies, critics claim State Department efforts to convince Kim Jong Un to surrender his nuclear weapons and ballistic missile programs have stalled. Kim Jong Un suggested in his New Year’s address that his country could cap production of nuclear weapons in exchange for sanctions relief, which Pompeo, when asked, didn’t rule out. “We’re moving forward in these conversations, lots of ideas about how we might continue to decrease the risk to the American people,” he said. “And so reducing the threat from North Korea, whether that’s by our success to date in stopping their missile testing, stopping their nuclear testing, those are the important elements.” He added that “we’ve got to get to full and final denuclearization.”

Pompeo’s nine-country trip through the Middle East aims to confront questions over when and how it plans to remove American forces from Syria. In October 2017, his predecessor, Rex Tillerson, said that Syrian President Bashar al Assad had no role in Syria’s political future. However, Pompeo has said that the Assad regime will be part of those conversations.

“We want to make sure all the options are open as that political discourse begins,” he said. “We are very hopeful that we will get the bad actors in the region, the Russians and the Iranians, to come to the table, along with the regime and all the other stakeholders in there to come to the table and have conversations about what a post-civil-war political structure might look like in Syria.” According to Pompeo, the Syrian people will decide who will lead that country.

Pompeo travels to Saudi Arabia over the coming weekend. State Department officials are concerned, because the Saudi narrative surrounding Jamal Khashoggi’s murder hasn’t reached the threshold of credibility, they said.

By Jubin Katiraie The US sanctions on Iranian oil...