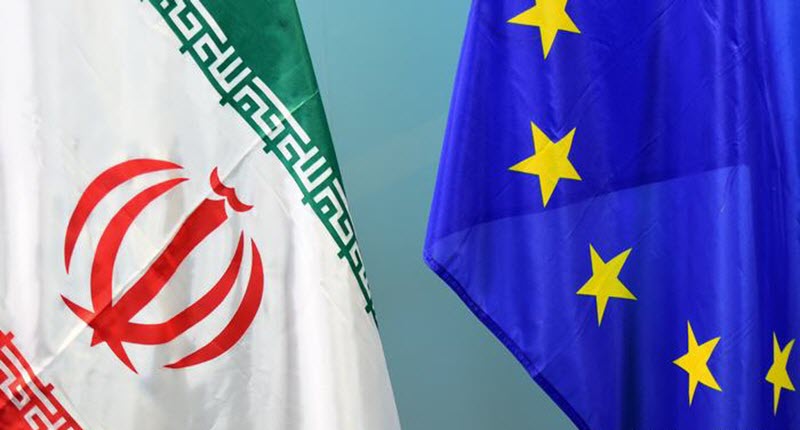 London, 10 Jan – In response to Iran’s terrorist activity over the past year in Europe, the European Union has decided to impose its first sanctions against Iran since the 2015 nuclear deal.

Both France and Denmark foiled two plots to kill dissidents on European soil last year, and on Tuesday, the Netherlands attributed the murders of two Iranian dissidents to the Iranian government.

After the Trump administration withdrew from the Joint Comprehensive Plan of Action (JCPOA) nuclear agreement last May (a move strongly opposed by the EU) the US has pressured its European allies to take a tougher line on Iran. On Tuesday, Washington welcomed the EU’s decision to impose sanctions on Iran.

Secretary of State Mike Pompeo said, “By taking action today, European nations sent Iran a clear message that terrorism will not be tolerated.” He added, “The U.S. strongly supports the new sanctions and stands with our European allies as we counter this common threat.”

Assadi, a diplomat at Iran’s embassy in Vienna, was charged for his alleged role in an attempt to bomb an Iranian opposition rally near Paris last summer, and is awaiting trial in Belgium. In attendance at the rally were former New York City Mayor Rudy Giuliani, former House Speaker Newt Gingrich and former FBI Director Louis Freeh, who all support the National Council of Resistance of Iran (NCRI)/Mujahideen-e Khalq (MEK), who hosted the event.

On Tuesday, the NCRI’s Secretariat called on the EU to not only impose the targeted sanctions, but to also blacklist the MOIS and the Islamic Revolutionary Guard Corps (IRGC) in their entirety, shut down Iranian embassies, and expel what NCRI called its “diplomat-terrorists.”

The Arab Struggle Movement for the Liberation of Ahwaz (ASMLA) was the target of the foiled plot in Denmark. ASMLA is another dissident group who seek an autonomous state in the oil-rich Khuzestan province, which is home to Iran’s ethnic Arab minority.

The group was also the target of two murders in the Netherlands. ASMLA’s exiled leader, Ahmad Mola Nissi, was gunned down in The Hague in November of 2017. Another exiled Iranian in the Netherlands was shot two years perviously — Mohammad-Reza Kolahi Samadi, an MEK member wanted by Iran. Dutch Foreign Minister Stef Blok said that the Dutch intelligence service AIVD has uncovered “strong indications” that Iran was involved in the killing of Nissi and Samadi, both Dutch citizens.

Blok referred to the wider EU action in response to Iranian “assassinations and attacks on E.U. territory,” in a letter to parliament, and added that if Iran does not “remove the present concerns” and cooperate in criminal investigations, further sanctions are possible.

However, the EU views the JCPOA as a diplomatic victory and an economic coup, so it is not surprising that Blok also said that the EU was making a distinction between the terror dispute with Iran and the JCPOA. In fact, he said that as long as Iran complies with its obligations under the nuclear agreement, the EU will do so too. The EU continues to look for ways to keep doing business with Iran without falling foul of U.S. sanctions, to Washington’s annoyance.

The EU’s decision regarding sanctions is being taken pursuant to a 2001 EU “common position” document, whose annex comprises a list of organizations and individuals deemed as terrorist. Five Iranians are on the list, including IRGC-Qods Force head Maj. Gen. Qassem Soleimani and four other men accused by the U.S. government of involvement in a foiled Qods Force plot to assassinate the Saudi ambassador to the US by bombing a Washington restaurant in 2011. The list also includes the “military wing” of Hezbollah, Iran’s Shi’ite proxy in Lebanon.

While Tehran denies the European government’s claims, Foreign Minister Javad Zarif responded to news of the sanctions by accusing the EU of sheltering terrorists wanted in Iran, such as the member of the MEK.

Reuters: France called for new sanctions on an "unprecedented...

Reuters: An Iranian-Afghan policewoman who killed a U.S. contractor...