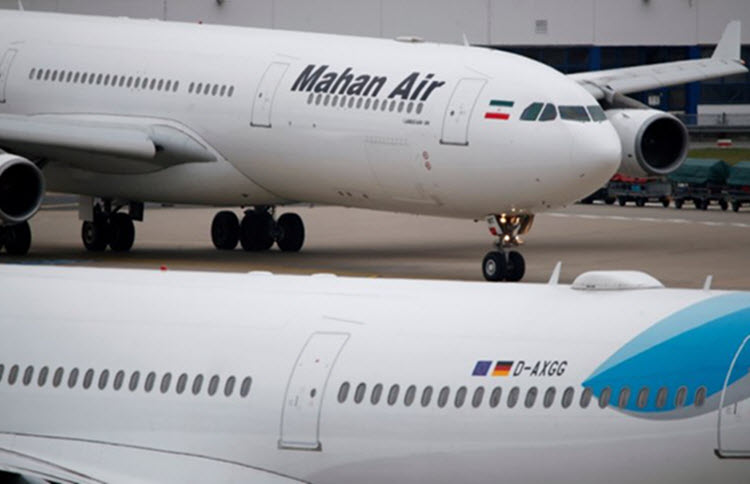 London, 23 Jan – Following allegations by the U.S., Iran’s Mahan Air has been banned by Germany’s government from operating in their country. U.S. officials say that Mahan’s aircraft transported weapons and fighters to war-torn Syria.

The move against Mahan Air is believed to be the result of pressure from the Trump administration, but a spokesman for the German government said that the ban was necessary to protect the interests of the federal government.

The airline had its permit revoked with immediate effect on Monday. Until now, it operated three flights a week from Tehran to Düsseldorf and Munich.

U.S. authorities have passed on intelligence including footage of members of Iran’s Revolutionary Guard Corps boarding Mahan Air flights, according to officials from both countries. Although there was a close exchange with the U.S. regarding the airline, the spokesman said that the decision to revoke its permit came from Berlin. “The German decision is based on our own consideration of our security interests,” he said, and added that Mahan Air could potentially have transported cargo or people posing a security threat to Germany.

Iran Air isn’t affected by the ban and remains able to fly to Germany.

In Germany, and elsewhere in Europe, details of Iranian espionage cases have recently come to light. In an incident last week, an Afghan-German man was arrested in connection with spying on Germany’s military. As well, an Iranian diplomat attached to the Iranian Embassy in Austria was arrested last summer on charges of having plotted a terrorist attack against Iranian dissidents in France.

the U.S. ambassador to Germany, Richard A. Grenell said, “Today, after months of pressing, the German government took action against Mahan Air to deny them landing rights in Germany. Mahan Air is an airline no country should feel safe letting land on its soil.” Mr. Grenell added, “The United States fully supports Germany’s leadership on this issue, and calls on other capitals to end Mahan Air’s access too, particularly in light of the Iranian regime’s egregious actions in Europe.”

The decision to ban Mahan Air is the latest in several concessions that Berlin has made to the Trump administration:

• German authorities blocked the transfer of €300 million from an Iranian-controlled bank in Hamburg.

• The Berlin government in October committed to subsidize a liquefied gas terminal in north Germany that would be able to receive U.S. gas imports.

• Germany also accepted the deportation of a suspected Nazi collaborator who had lived in the U.S. since the 1950s.

Regarding Mahan Air, Brian Hook, special representative for Iran at the U.S. State Department, said “This airline has two types of passengers: commercial passengers and terrorists. Iran also uses the planes to funnel weapons and money into Syria and to support Hezbollah.”

Reuters: Iran and Iraq have agreed to reactivate some...